Many times, reps will want to sell you a phone. This is a capability.

I have got a lot of options for the best smartphones for you that you can consider and buy under 500$ easily.

Why would you pay a $1000 bill for a smartphone, when you can get another smartphone at a lower budget with equal greatness or near to being equal?

Well, the phones you will buy in this budget won’t be the absolute best phones but some of them should be great according to the price tag they hold.

There is no doubt that if you are buying a mid-range tier smartphone then you will have to be willing to make a few compromises in aspects of Camera and Processing power.

But considering the overall performance, some of these mid-range budget smartphones offer you great specifications that provide you the type of performance a high tier smartphone will provide you with.

During the time of New Year is the best time to buy these affordable smartphones as a lot of top brands release their smartphones at this time then you can get a good flagship smartphone with great performance even from phones lower than 500$ in the budget.

As you all know that the top tier phones right now in today’s market like the Samsung Galaxy Note 10 Plus and Apple’s iPhone 11 Pro Max are available at a starting price of more than $1000. 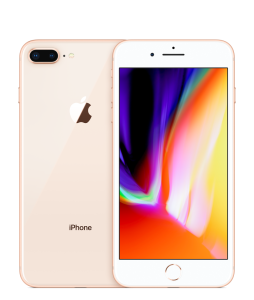 This phone was released in 2017 but it still works great. Even according to the modified latest software updates, it still processes very well. Image source: here

The iPhone 8 is the cheapest smartphone that you can still buy a brand new one among Apple’s new smartphones.

The processor of this iPhone 8 is the best feature it got. This smartphone is powered by the fast six-core A11 Bionic Chip which is also powered on the iPhone X and iPhone 8 Plus. Apple’s iPhone 8 works overall great having all modern software but a 2-year-old body and design.

With the help of the all-new image sensor included in the iPhone 8, the photo quality has been much more improved when captured in low light, the same goes for the video quality as well.

The screen of this iPhone is much improved than the previous models introduced before this iPhone 8. It has the iPad Style True Tone screen display.

The wireless charging feature in Apple’s smartphones started from this iPhone 8 model as they modified the back of iPhone models to glass backs now. And the speakers of the iPhone 8 sound nice and loud.

If you have already used an iPhone 7 then you will get to notice all the great changes this iPhone 8 provides you with. It will provide you faster speed, a screen with a better display, and a greater camera as well as the feature of wireless charging on this iPhone 8.

You will not regret buying this phone at this mid-range budget for sure. 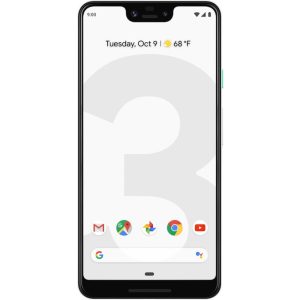 This phone is said to be a great option to avail of if you are looking for a brilliant camera at a heavily discounted price. Whether it is daylight or dark it doesn’t matter to the camera of Google Pixel 3, it will capture great pictures for you.

It has a secondary front camera specially made and used to take wide-angle selfies. With this secondary camera, you can take group selfies with ease while covering every person in that group in a single picture.

This Google Pixel 3 made its place in the list of best Android phones of 2018 just after seven months of the date it was launched. This is a good achievement in my opinion. And the fact is that it remains one of the best phones you can buy right now in today’s market.

And with the Night Sight feature, this Google Pixel 3 can brighten up the pictures captured even in the darkest area without even wanting the flash to be enabled. This feature stands out from other phones on this list.

No doubt that this Google Pixel 3 may not look as luxurious and premium as the Apple’s iPhone XS or Samsung Galaxy S9, but you can enjoy the extra perks you are getting from a Google phone.  Extra perks include unlimited cloud storage, software updates time by time, etc. 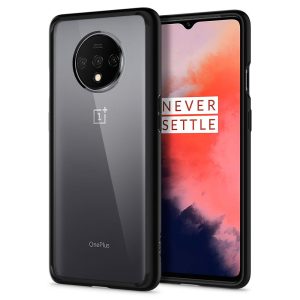 The OnePlus 7T is a flagship designed phone and has great performance at a discount.

Whereas the 7T does not have moderately the standout bonuses of the OnePlus 7 Pro (especially the popup camera), but the company chose to pack more features in it and raise its price point to 699 dollars.

Though still, you are not missing that much by choosing the 7T, which has the same swing of three top tier rear cameras.

This phone deserves to be mentioned on this list because it features flagship-level specs that are said to be even better than some flagship phones with 8 GB of RAM.

The all-new OnePlus 7T shares an identical design language with the OnePlus 7.

It has the same slight curved back and a waterdrop notch at the pinnacle of the screen, but not like the previous T upgrades, you will not be troubled to find the difference between 7 and 7T it is because of the circular camera board, which is stated by OnePlus that it is an old fashioned camera.

The slim and lightweight form factor makes this phone a bit easier to handle than the OnePlus 7 Pro. It is much easier to use this phone with a single hand, and it fits comfortably into a pocket.

The ports and buttons which are arranged on the 7T are the same as they are arranged on the 7 Pro. The power key comes naturally underneath the thumb, and you can easily access the alert slider without even looking at your phone and just simply moving your thumb an inch upper. 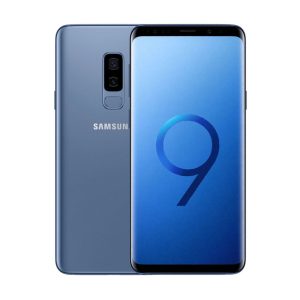 Samsung’s flagship Galaxy S devices have been releasing some of the major phones with the most consistent discounts in their price rate after the phone is released.

The Samsung Galaxy S9 also comes into that list, as the phone is released over a year ago, and it is already reduced its price and is now under 500 dollars.

The Galaxy S9 is a great and solid smartphone. This phone was released on March 16, 2k18. The price of the Galaxy S9 at the time of launch was 719.99 dollars.

But it is very much cheaper and affordable now. Some features are very appealing and pleasing to the people who are looking to buy this phone.

The Samsung Galaxy S9 offers a higher power camera on the rear that makes it genuine innovation I the dual aperture shutter, and also it has a more robust frame and plenty of power under its sleeves.

There is not any single storage option for this phone; it offers a 64 GB option as well as 128 GB and 256GB builds of storage in some markets. The Samsung Galaxy S9 has upgraded the Bixby and kept the Bixby button on the side of the device to make you interact with your helper.

You can use the button as a walkie talkie, by pressing the button and talking to Bixby, and releasing the button when you have delivered your message – but it is a little slow to catch up with your voice.

The Galaxy A50 smartphone is the cheapest Samsung Galaxy phone on this list you can buy in the market today. It is a part of A series from Samsung.

This Samsung Galaxy A50 comes with 6.4 inches display, a fingerprint reader on the screen, and most importantly, it has the classic 3.5 headphone jack.

It has three rear cameras on its back, which consists of a wide-angle lens and a depth lens as well which you can use to capture portrait pictures with a burry effect and dramatic backgrounds.

The camera of the Samsung A50 is more glowing than the camera of the Moto G7, as it looks flatter and sleeker. And the notch on the screen for the front-facing camera is also small in size which provides you a greater visual look while viewing the display.

The Samsung Galaxy A50 looks more flawless overall because it has an in-screen fingerprint scanner.

The Samsung Galaxy A50 offers you an AMOLED display which is greater than the LCD screen of the Moto G7.

If compared to the screen of Moto G7, the screen of the Samsung Galaxy A50 is way much brighter and provides great vibrant colors though the display resolution and pixel density are equal in both of these phones. This phone was launched back on the 13th of June, 2019. This is one of the only few phones which are capable of connecting to 5G internet services with the help of a $349 5G Moto mod accessory which is attached to the back of this phone with the help of some magnetic pins.

The Motorola Moto Z4 is a great phone to buy for you. It is modular and has 5G connectivity with a network of Verizon. This feature is only found in the high tier smartphones like the Samsung Galaxy S10 5G or LG V50.

In an aspect of prices, the Motorola Moto Z4 directly puts itself in competition with the OnePlus 6T which comes at $449, and the Google Pixel 3A XL which comes at a price tag of $479.

So what do you think is the Motorola Moto Z4 better than the Google Pixel 3A XL or Samsung Galaxy S10 5G? Unfortunately no, it is not better than these two smartphones.

The above mentioned are some of the best smartphones that I searched about and gathered for you.

I hope this guide of mine will help you in search of the best smartphone under 500$ you can buy from the market right now. All these smartphones that I have listed above are overall good at everything. AmazeInvent

Go through this guide and read everything carefully, which will make the search for your type of phone much easier.

Thank you for reading, have a great day people. Stay blessed.

Is Apple better than Samsung?

And overall winners: both Samsung and Apple make great phones.

If you prefer Android, for example, go with Samsung. If facial recognition is more important to you, then buy an Apple. These phones will meet all your needs, and the big apps will run on both Android and iOS.

Which mobile phone is in the world?

Exploring The World Using GPS Without An Internet

What is AirDrop? Everything You Need To Know About AirDrop