GPU is a graphics processing unit, which is usually found on video cards. Every PC uses a GPU to render pictures, videos, and 2D and 3D animations. Check GPU Temperature?

A GPU is responsible for performing quick math calculations, which gives the CPU more time to do other things.

A CPU uses some cores, which mainly focus on sequential serial processing, while on the other hand, a GPU has thousands of smaller cores, and they are used for multi-tasking.

There are two different types of GPUs. The first one is the integrated GPU and it is located on the CPU of a PC; it shares memory with the CPU’s processor. The second one is discrete GPUs, which lives on their card.

They even have their video memory, short for VRAM, so that the PC doesn’t use random access memory for graphics. If a user wants his PC to perform in the best way possible, then he should always opt for discrete GPU.

The graphic cards which people buy today, they run on graphics double data rate synchronous dynamic random access memory, and there are variations of GDDR SDRAM.

A GPU is very important for driving high-quality gaming experience for users.

When a gamer or a person uses a GPU, then they get to see realistic graphics. However, this is not used for gaming only, but business applications as well.

When a PC uses a GPU, then its overall performance increases as the CPU doesn’t become overloaded. The GPU does all the graphic processing and handles other graphic tasks.

Moreover, the GPU has its video memory, and this is faster than a normal RAM, or PC memory. A GPU that a gamer or an individual buys, is much better than the onboard graphics.

If the user wants to play games with high-end graphics, then the user will get more features from the GPU he buys. The new games in the market, require faster processing, otherwise, the user won’t be able to enjoy a high graphics game.

Users can even watch high-quality movies if they install a good GPU in their device.

If a user wants to run multiple monitors on their PC, then they need a dedicated GPU.

However, they don’t need an expensive GPU, as an entry-level GPU would be enough for this job.

A GPU has better compatibility and driver support, compared to integrated graphics.

This becomes useful, when a user moves to a new operating system, or want to run graphic applications or software on their PC.

When the PC is running normal operations, and not something high end, then the temperature of a GPU doesn’t matter much. The graphics card should be able to drive monitor, and play games, without overheating and crashing the system.

However, if someone has an older PC, then they need to know how to monitor the GPU’s temperature.

It is very simple to check the temperature of the GPU, but if the user has Windows installed on their PC, then they need to download third-party software for it.

If you are using this graphics card, and it has an up-to-date version of the Radeon Settings app, then checking the GPU temperature is very simple.

The AMD has a Performance Monitoring Tool, which shows the GPU temperature of the PC, and other important information when the user is playing video games.

To access the Radeon Overlay, the user has to press Alt+R and select the performance tabs which he would like to monitor.

Once it is set up, then all the user has to do to access the Performance Monitoring tool is press ctrl+shift+0.

If the user is not playing a game, even then they can check the GPU”s temperature, by opening the Wattman overclocking tool, they will find in Radeon Settings.

Click on Radeon Settings, choose gaming, global settings, and then Global Wattman. There, the user will find GPU temperature and other important statistics.

If the user isn’t a gamer, and they don’t want to check their GPU temperature in-game, then they can install a hardware monitoring software. The best software they can download is HWInfor, which provides an overview of every aspect of the PC.

For example, it will tell the user about GPU temperature, the GPU Power, clock, memory clock, and video clock. This is not the only software that shows the GPU temperature; users can install SpeedFan and Open Hardware Monitor software as well.

There is no one good GPU temperature, and the appropriate temperature varies from PC to PC. The most modern chips installed in a PC, they run at mid 90 degrees Celsius.

Users will often see this GPU temperature on their gaming laptops. Those desktops, which run a graphics card, their temperature is usually 90 plus degrees.

Such a system is often screaming for help because a graphics card temperature should not go above 80.

As for custom graphics cards, which has multiple fans, they hover around 60 and 70 temperature, even when they are under a full load.

Lowering Down the Temperature

The thermal paste between the GPU and the heatsink often becomes dry, and it loses its effectiveness. About?

This is because most graphic cards are years old, and if they have poor thermal paste application, then they need to be replaced.

This will surely cool down the temperature of a GPU. In case it doesn’t, then consider changing your PC model to a better one. Official site.

How do I check my temperature?

To find your CPU temperature, scroll down to your CPU-Mine entry, for example, “Intel Core i7 4930K” and see the “Core #” temperature in the list. ۔ (Note that “Basic Temperature” is different from “CPU Temp”, which will appear under the Motherboard section for some PCs.

What is a good GPU temp?

With that in mind, AIB typically raises its GPU to a maximum of 203 ° F (95 ° C). This is done to try and avoid permanent damage to the GPU itself. That said, the maximum GPU temperature for gaming should not exceed 185 ° F (85 ° C), even if some are rated high.

How do I check my temperature?

To find your CPU temperature, scroll down to your CPU-Mine entry, for example, “Intel Core i7 4930K” and see the “Core #” temperature in the list. ۔ (Note that “Basic Temperature” is different from “CPU Temp”, which will appear under the Motherboard section for some PCs.

What is a good GPU temp?

With that in mind, AIB typically raises its GPU to a maximum of 203 ° F (95 ° C). This is done to try and avoid permanent damage to the GPU itself. That said, the maximum GPU temperature for gaming should not exceed 185 ° F (85 ° C), even if some are rated high.

Yes, some GPUs can safely go over 90C without any results (although some cards may have a shorter lifespan). No matter, there are ways to keep the game temperature around 50 ° C-60 ° C and a maximum of 70 ° C. Read the following methods we have developed to achieve low GPU temps. 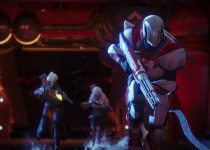