iPhone is very different from Android, and those who use Android, find it difficult to adjust to Apple. This is because even though the iPhone has its benefits, it really has a complex side to it as well.

Similarly, there are times when an iPhone gets locked to a specific network and has to be unlocked so that it can be connected to other networks. If someone pays the full price for an iPhone and gets it from an Apple store, then that iPhone is unlocked by default.

However, if a customer buys an iPhone from some other source like their service provider, as a part of a network plan, then that iPhone would be locked. The normal lock period for such iPhones in 24 months.

Such phones are locked mainly because the person is paying in installments; this is to ensure that they won’t leave halfway, without paying. A customer can’t just look at their iPhone and say that it is locked or unlocked.

How to Check if an iPhone is Unlocked?

To find out if an iPhone is unlocked or not, the user can use the following methods.

The setting of the iPhone

This is the first method to know whether a phone is unlocked or locked, and that is through the Settings of the iPhone. Follow the steps below:

The Mobile Data Network or Cellular Data Network doesn’t appear on locked phones. Since the launch of iOS 13, this method is not very effective.

If someone is buying a second hand iPhone, and they want to know that they have paid a fair price for it, then they should check the SIM card’s status of being locked or not. This is the second method.

Usually, iPhones and other phones have the option of two SIM cards. To check whether the iPhone is unlocked, the user should have two SIMs from different networks.

If the phone call doesn’t connect using the new SIM card, then the iPhone is still locked.

Even though this is not a quick solution, because carriers always take their time to get back to the customer, the third method would be to contact the mobile phone carrier.

Carriers, in this case, would check if an iPhone is unlocked or not, and all the customer has to give is their phone’s IMEI number.

There are other IMEI checking services as well, but they often ask payment to check if the phone is unlocked or not. The carrier may offer this service free of cost, especially if you have bought the phone recently. 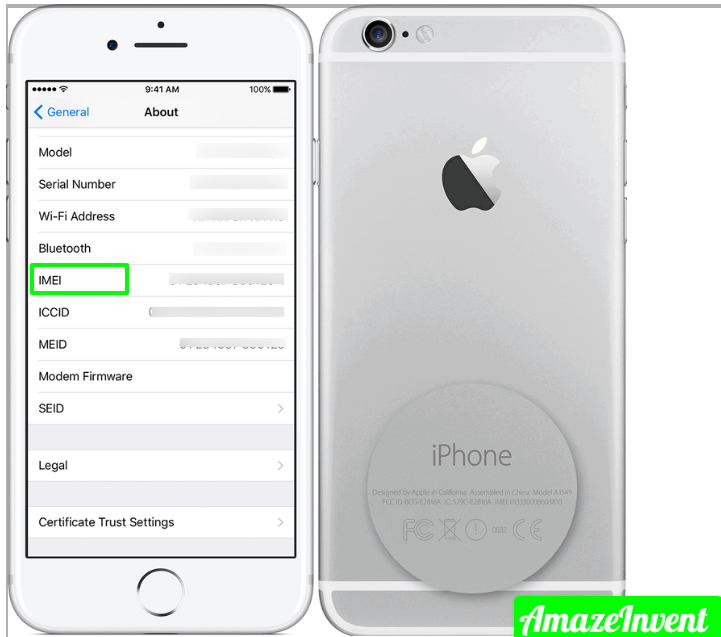 There are multiple free IMEI checking tools online, like here; these tools are legit, and all you need to input is the IMEI number of your phone. However, some websites might be running a scam and can misuse any information that they can get their hands on.

This is why the user must look for a proper website to check the status of their IMEI.

If someone finds out that their phone is locked, and they can’t use other carriers, then there is a method to resolve this situation.

How to Unlock if iPhone is locked?

The best way to solve this problem is by calling your carrier and asking them to unlock the iPhone. The major carriers like Verizon, AT&T, and Sprint unlock the iPhones of customers, on their request.

However, the customer should have evidence that they have a genuine phone, obtained through legal means. The carrier would also be interested in the terms of the contract of the customer, as their payment plan, and whether they have fulfilled all the requirements or not.

Most people don’t want to pay for their phone fully and try to unlock their iPhone. However, unlocking through illegal means doesn’t necessarily result in a positive result.

The major carriers in the USA have an unlock request page, along with their terms and conditions. This way, the customer won’t have to face any problems and their own carrier would unlock the iPhone.

If a phone is locked, then there could be multiple reasons for it. Some of these reasons are discussed below and would help those who want to sell a locked phone.

An iPhone might be locked because a customer has to pay for their phone in installments, and some payment is left.

If the payments are not made in full, then the customer cannot transfer to another carrier. This can happen even if the IMEI is locked, and not blacklisted.

The software of the iPhone could be preventing the user from accessing their phone because they have forgotten their passcode.

If the biometrics fail, and multiple passcode attempts don’t bear any fruit, then the phone is locked. This could be a hassle for the customer if he wants to sell the phone to someone else.

If the IMEI is blacklisted, then the iPhone would be locked. This could be because the IMEI the person is using, was reported lost or stolen.

The major carriers in the country share an IMEI list, and won’t activate a phone if the IMEI is bad. This is why the customers should always buy from official websites or stores.

These are the only reasons why an iPhone would be locked. If a customer wants to sell their iPhone, then they need to tell the other buyer the problem with their iPhone, before selling.

Similarly, the buyer can try out the steps discussed at the start of the article to see whether an iPhone is locked or not. If it is locked due to a payment plan, then the customer might ask the seller to make adjustments to the final price of the phone.

If an iPhone is locked, and can’t be connected to other carriers, then this problem can be easily solved with the help of calling the carrier and asking them to remove the lock.

Before that, the customer should be ready with evidence about their payment plan, and that their IMEI is not blacklisted. This might take a few days, but it is better than using third-party software (if available), or paying someone else to unlock the phone. It is much simpler to call the carrier company.

Just follow the steps given in this article and you won’t face any problems!

How to Unlock Phone From a WIFI

How to Watch YouTube Videos while on Another Tab or App

How to Link to a selected Part during a YouTube Video

How to Block Someone on COD Mobile

How to Delete A Save File On Pokémon SoulSilver