What is the very first thing that comes to your mind when you hear the name of these devices?


I think of something highly portable and very comfortable to use.

Yes, three of these devices were designed to be way much portable and much convenient in usage than a desktop computer.

Does anyone of you guys remember the days when a phone was just a particular phone, and a computer was just a computer, no right?

Even I don’t remember myself. But all of you people who are reading this article of mine probably know about one thing in common and that is that now our smartphones are our primary devices, despite computers.

And now as smartphones are our first preference among all devices, so everything else such as a tablet, laptop, Chromebook, desktop, e-reader, or smart TV.

Chromebook VS Laptop VS Tablet 2023 The Helpful Guide 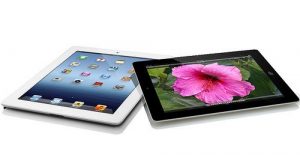 All these devices are fighting their way to grab hold of whatever attention is remaining after a huge amount of attention that has been taken away by smartphones.

Because of this entire situation, purchasing a new device for yourself has been a little complicated now, and the reason behind this is that every device seems to do some things.

To find out which device is the best for you and how they differ from each other, you will have to keep reading this article of mine.

You guys would have seen that Apple ran a video ad in the year 2017 framing the iPad Pro as a Real Computer?

Well, there have been many other ads as well, but a narrative it has pushed since the first launched tablet with a keyboard combination.

The actual point of bringing out this particular ad to the discussion is that if you guys remember the ad, then you will probably remember that at the end of the ad, the user of iPad Pro asks a question very innocently that, “What is a Computer?”

This is surely a major upgrade over this technology no doubt. The actual thing with the tablet market is that it is on the decline when you take a look at all the global shipments, and it has been like this for a while now.

There are many different ways to occupy to categorize tablets. All tablet lovers know that ‘slate’ tablets are differentiated from ‘detachable tablets’.

This means that you can surely say that one of these two categories has slowed particularly very much, but the other is up to date.

Tablets nowadays have gotten very powerful and reliable for any kind of usage, as they have very powerful integrated powerful processors, and most of the laptops have now had a touchscreen and a stylus pen.

There is research was done which says that people tend to hang on to their tablets much longer than any other device and replace them not so often.

This aligns them much more with laptops but when it comes to the other category of tablets i.e. slate tablets; they also run on mobile operating systems.

I need to tell you that if you need a touchscreen device in which you want to run applications and you don’t plan to spend too much of your time with your fingers on a keyboard, only then you would need to go for a TABLET.

Tablets are one of the most portable options available among all the devices and this trifecta as well.

Tablets generally have much higher resolution displays than most of the Chromebooks (here I am talking about some high-end tablets, such as the iPad Pro).

They are without any doubt the best for consuming or engaging with content playing iOS or Android operating system-based games, checking social media feeds, watching movies as well as reading articles.

Since the keyboards tend to be absent, or there must be one but much less vigorous than the one on laptops; this makes the tablets not the best for extensive typing purposes.

But, this can be turned into a possibility if you want to carry a Bluetooth keyboard individually.

Chromebook is a laptop itself but not completely, they come in a different category on laptops.

But I have a more detailed explanation for you which might convince you to buy a Chromebook over a laptop and a tablet according to your particular needs.

The biggest perk of buying a Chromebook for yourself might be the compatibility of it across the Chrome browser and Google Play Store applications as well.

Chromebooks especially rely on internet connectivity for most of their functions to work. This means that the faster your internet speed is, the more efficient and faster your online navigation will be, as well as word processing too.

Whenever you hear the word Chromebook, you can think of a device that is mostly dependent on the internet and which can start up much faster and can perform much swiftly, all thanks to the low overhead of the operating system used in Chromebooks.

The applications in Chromebooks are focused on Google’s services and applications, such as the Chrome Browser, Google Maps, and YouTube.

Not only are these but there is a massively growing list of third-party applications that work with the Chrome operating system natively.

Many other applications work with it through the Google Play Store.

Some of the applications surely work great and can run offline as well, but the majority of them are web applications or apps that only run when you are connected to an internet connection.

I need to tell you that if you guys are looking for a laptop at an affordable price, you rely on the G Suite and if your primarily most important web browser is Google Chrome, then you should be considering a Chromebook vs laptop for college.

It is a fact that Chromebook vs laptop difference generally costs much less than most of the laptops and tablets as well. Chromebooks are available with a price ranging from $150 to $550.

Just like in every device, it is the same with the Chromebooks that with the lower price comes lower production quality and lower specifications; this is why they are cheaper. AmazeInvent

As for the newest Chromebooks, such as Samsung’s new Chromebook vs laptop for students, it can run Android applications as well.

This means that you can play all the nice games such as Asphalt 8 or Alto’s Adventure.

You should know that Chromebooks don’t have a lot of RAM installed and not that much good built-in storage, most of their functionality depends on your internet wi-fi connection. They are pretty much easy to use and simple for a lot of people.

Some Chromebooks have touchscreens, but not all of them. This is up to you which one you want to buy.

As you guys know that we are not living in an era where PC is a highly important thing anymore. Though it is important, the actual importance is taken away. You would be thinking about whom, right?

Well, every one of us works, right? Somebody works from home, somebody works on the plane sometimes, somebody works in the copy shop, or the office as well, for all these people who work, laptops might be one of the most important things that they have ever seen.

Laptops have gotten much harder and harder to buy, as all the hardware specifications have hit stratospheric elevation even as simultaneously somehow becoming much more difficult to explain or differentiate to others.

It is very difficult to buy a truly terrible laptop these days to be very honest.

All the good components are reasonably priced enough that for as long as you avoid anything that is still called a netbook by name, you will surely get something that works for you.

All of this can get much better than just a working device as long as you know that what exactly you are looking for and then pick up the best laptop according to the things you want.

I need to tell you guys that if you guys are planning on working remotely and you want the functionality of a desktop operating system such as Windows OS X, and Linux.

Laptops generally have much better processors if compared to Chromebooks and Tablets, higher resolution displays and more built-in internal storage cannot be forgotten as well.

And with all of these high specifications, they naturally cost the most as well if you compare them with tablets and Chromebooks.

So, guys, this was all I got for you. This article has come to an end and I hope that after you complete reading this article of mine, you will be having a great idea about which particular device you should be looking for. Official site: here