Fortunately, the speed of an iPad is relatively easy. From cleaning up caches to deleting unwanted apps to fixing a slow iPad.

Many customers must have experienced their iPads slowing down. The most common reaction to a slow iPad from users is that they close the apps they are using, and expect this action to work wonders for them.

However, unless and until an app has an error or is not working properly, closing it will not increase the speed of a slow iPad. There are certain things that users should check to see, to speed up their iPad. 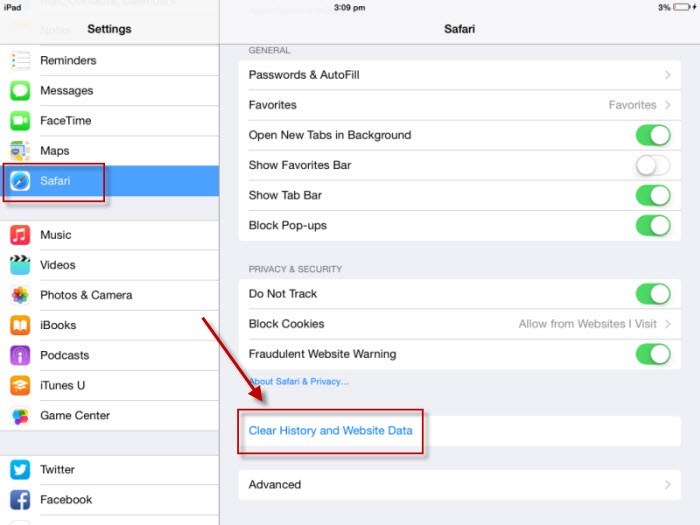 Some users are not aware that when they are using the internet on their iPad, they have to clear the cache, now and then.

The cache, for those who don’t know, is a place that stores temporary internet files, like bits and pieces of a web page that the user has visited.

The cache also stores login information on particular websites, and cookies, that websites use to track the online behavior of users. If the cache isn’t deleted now and then, then it can slow down the process of web browsing and make the iPad appear slow.

However, the attitude slows down the iPad, because an iOS update usually fixes the bugs that the previous iPad software had, and fixing these bugs, speeds up the software. 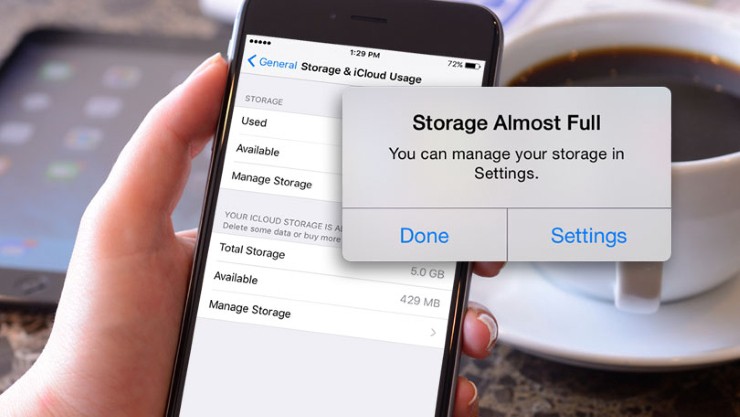 People have more apps on their iPad than they use. This could lead to memory overload, slowing down the iPad’s software. 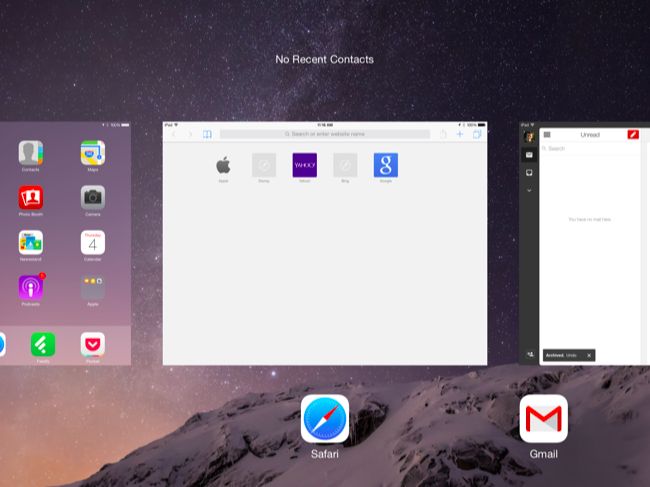 When users use a smartphone, an iPad, or any device, they want to learn shortcuts to save time and make things easier for themselves.

Closing Apps One by One

Every person must have seen at least one another person, who closes their recently used apps, one by one. This is because they don’t want to close all the apps, but only the ones that they are not using. For this, a user should:

Users might feel that when they are not using any app on the iPad, then it should be closed because it would eat up their battery.

However, this is a huge misconception. An iPad is designed in a way that the users don’t have to force close or regularly close the recent apps they have been using. 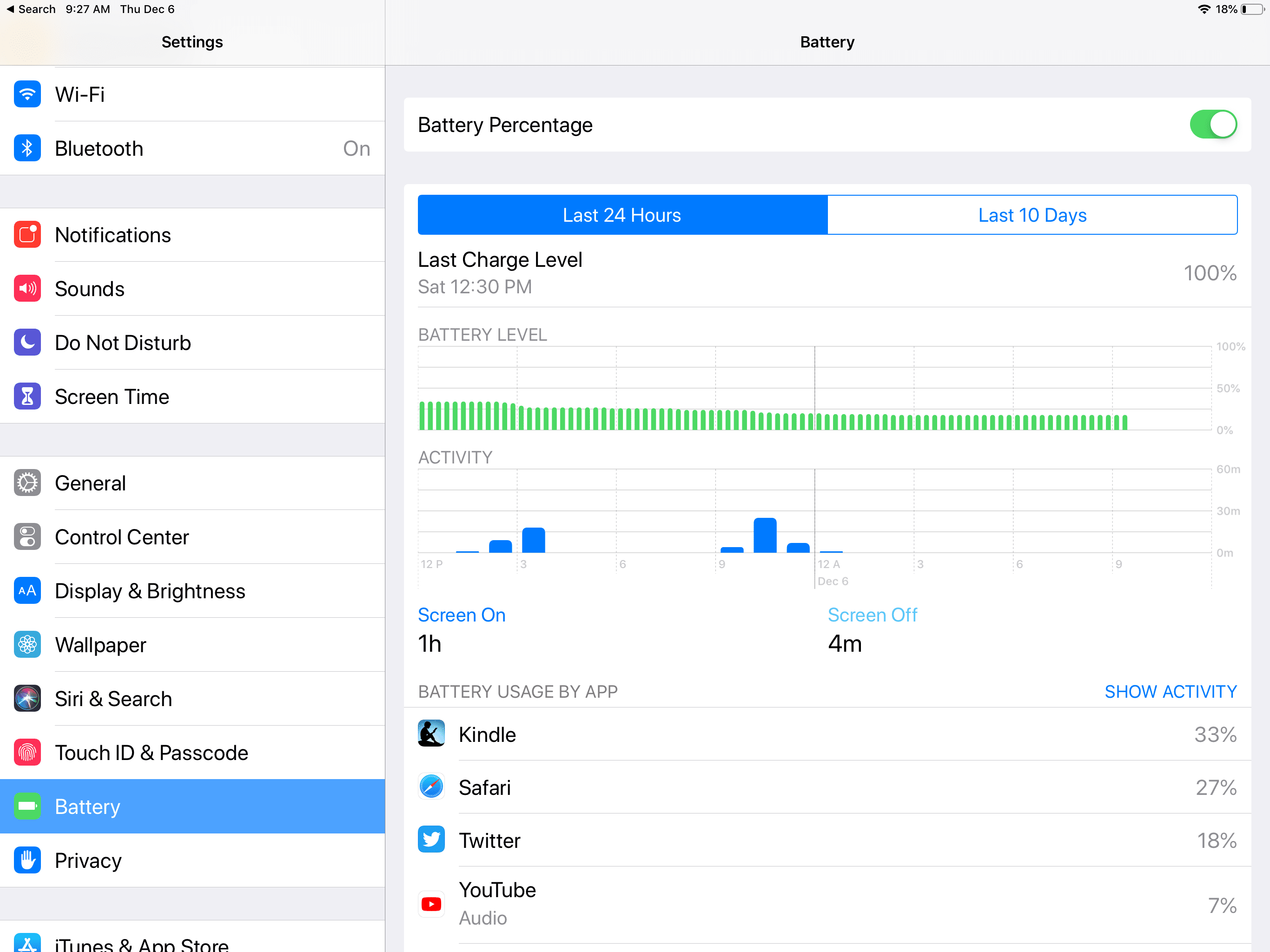 Those who want to save their battery and think the closing apps on iPad would do the trick, are wrong. There are several other things that they can do to save their iPad battery. Firstly, they decrease the brightness of their screen.

Users might want to close apps that are mostly unresponsive on the iPad. However, closing them won’t solve the problem. Users should always check for updates of an app on the Apple store so that the performance of the app in question can be improved.

The feature of closing apps gives the user the power to keep the ones that he wants the most, one tap away. 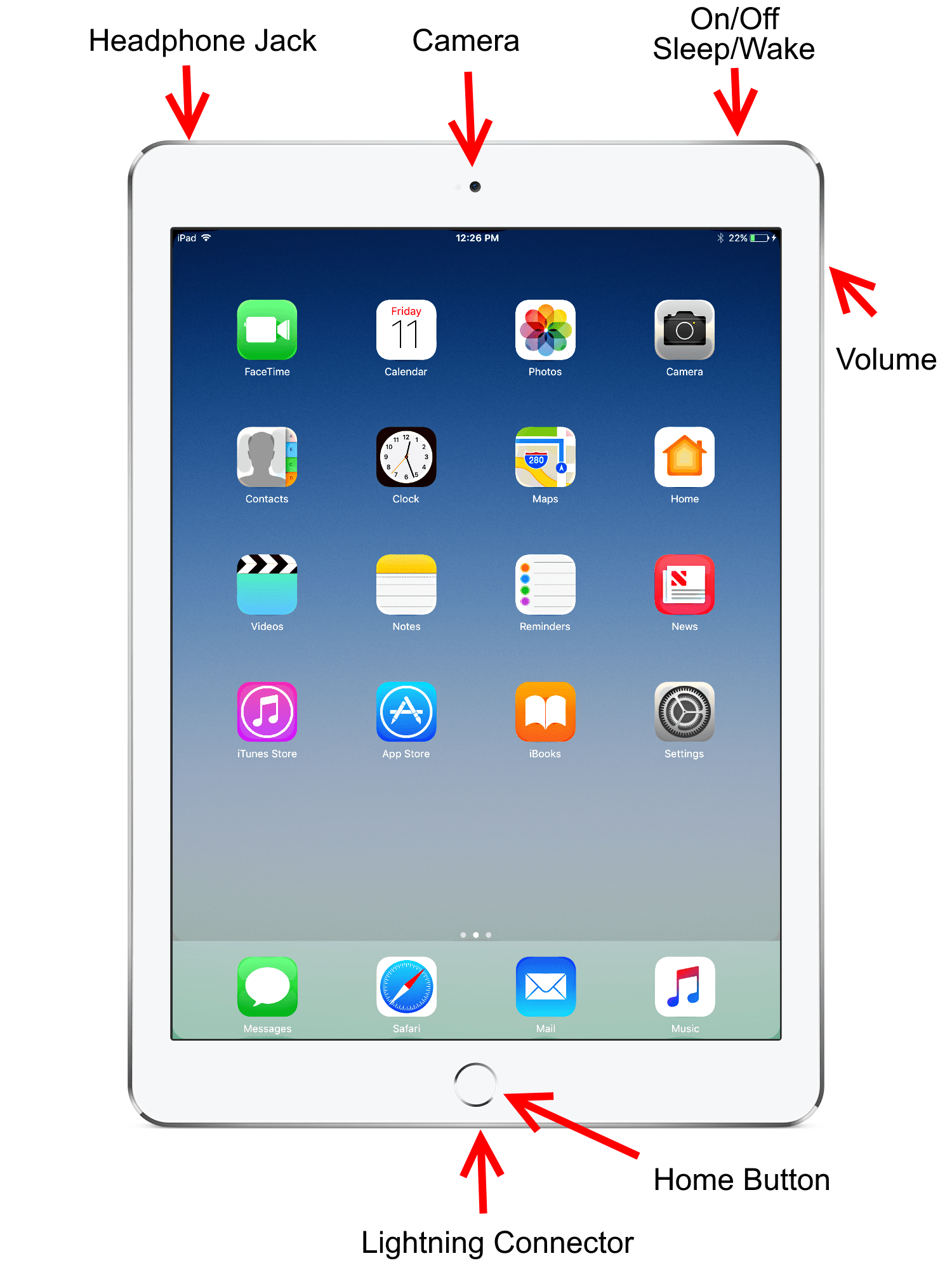 There is no point in hitting an iPad if it is slow because that would only make it worse. The first thing that a user should do, if he can’t find the main reason for the speed slowing down, is to restart the iPad.

The user should open the iPad, the same way he closed it, after a few minutes. 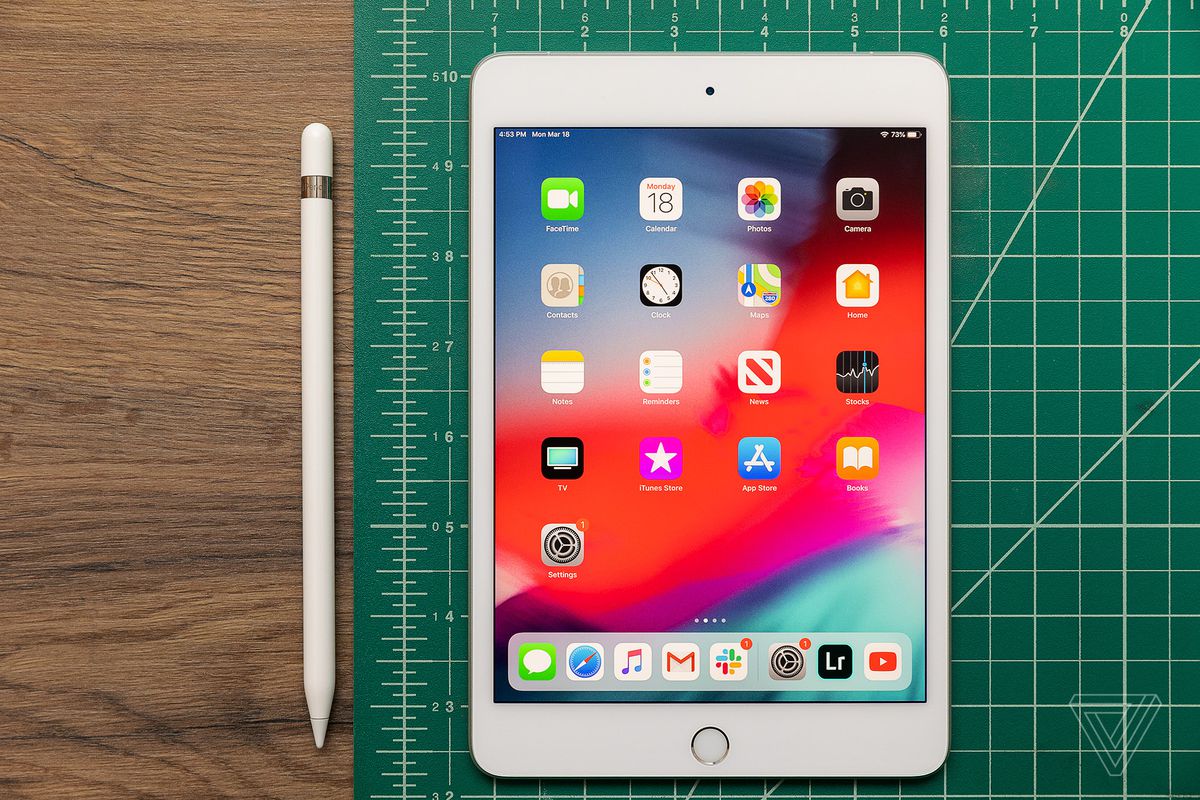 Outdated apps don’t work well, as compared to newly updated apps, where the developer has fixed the bugs and made it more user-friendly.

Checking For an Update 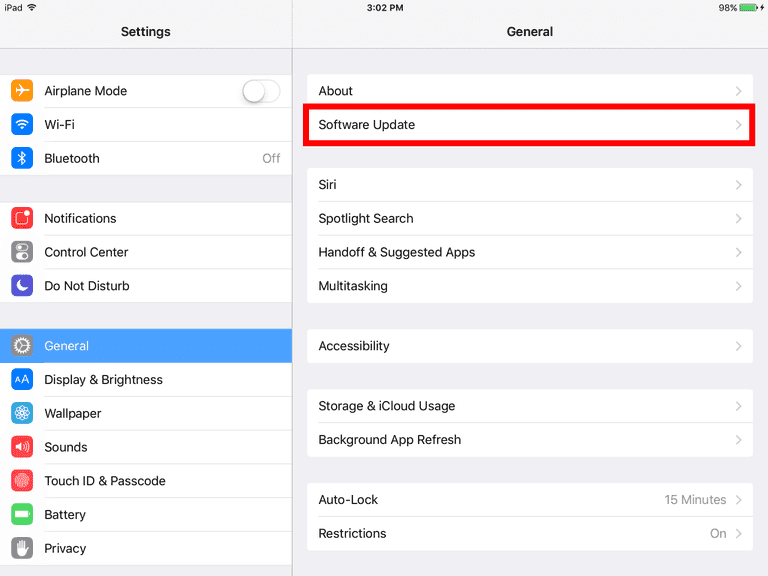 Users Can do more

These things would surely improve the speed of the device.

Cleaning Out the Closet 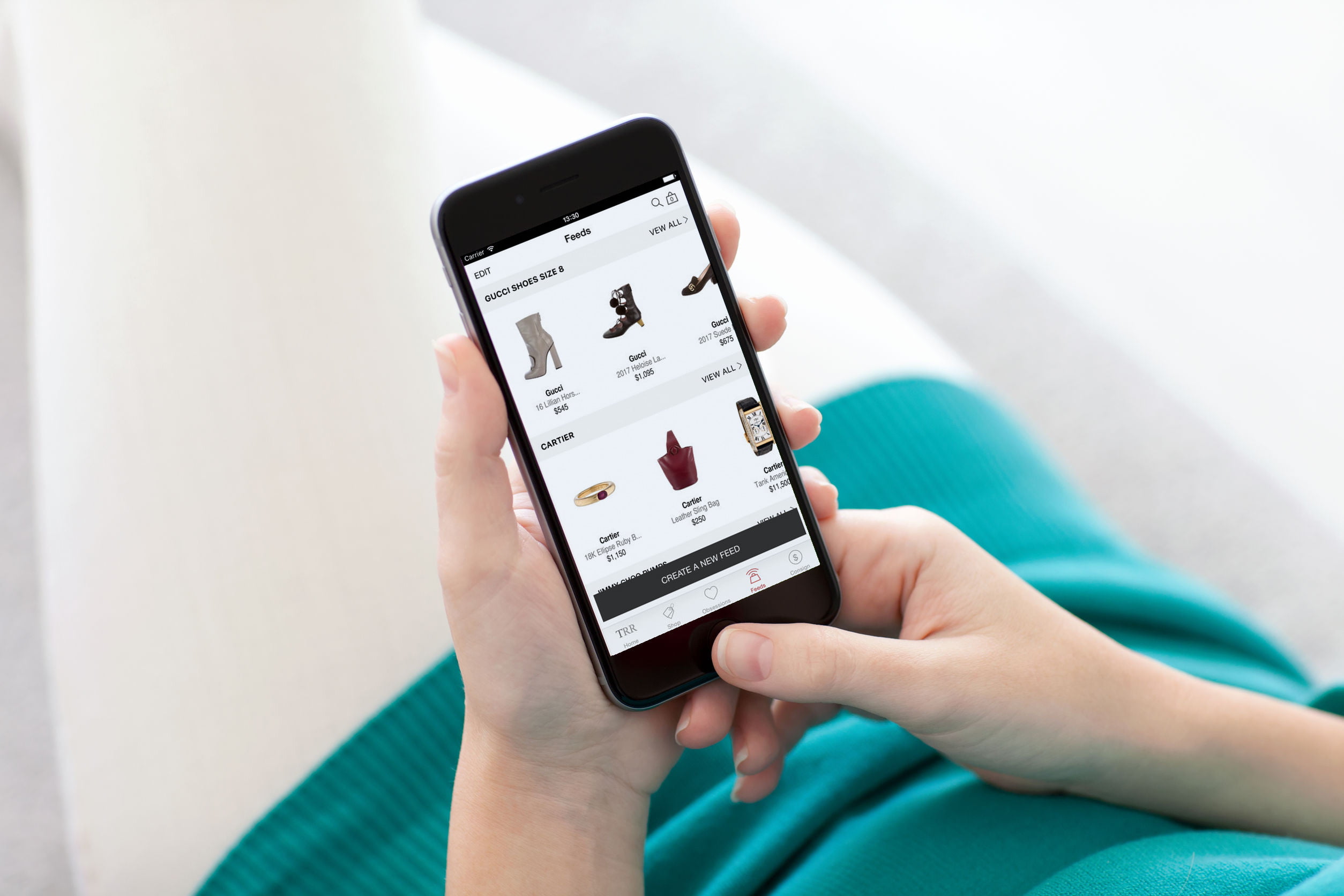 There is a difference between the things that people need on their iPad and the ones that they just don’t want to delete.

Now and then, users should focus on deleting the things that they don’t need, like pictures and videos that don’t serve any purpose and are slowing down the speed of the iPad.

There is an option for the user to limit the number of apps that can be refreshed in the background. 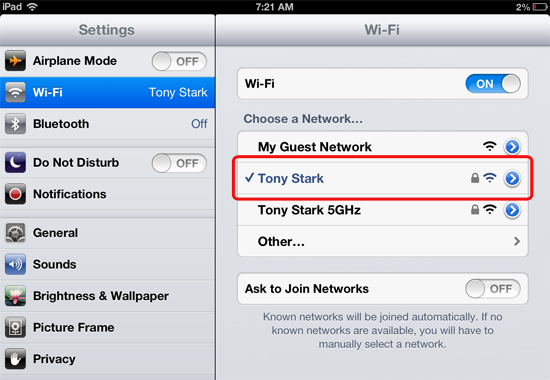 Putting all the blame on an iPad and its slow speed would be wrong. When users face the problem of a slow iPad, they should check their internet connection right away.

If their internet connection is slow, then this means that the apps that work on the internet will be slow as well.

If the Wi-Fi is not working on an iPad, can it be of any use? Probably not, because many apps run on Wi-Fi and it is also needed to browse websites. However, the Wi-Fi connection on the iPad might trouble the user, like it might not work or it could be very slow.

However, if the Wi-Fi doesn’t turn on, even when the user has restarted it, then the user should restart the iPad. It could be that the software of the iPad has crashed, and it is not letting it connect to the Wi-Fi connection.

It is important to fix a Wi-Fi connection because it harms the performance of an iPad.

For example, if a user wants to use an app that runs on Wi-Fi, and the speed of the Wi-Fi is slow, then the app would run slow as well.

The user should look for an update of the router’s software, and if the speed problem doesn’t get fixed, then he should contact the internet service provider.

Users should make sure that the Wi-Fi doesn’t have a signal problem.

Install an AdBlocker on iPad 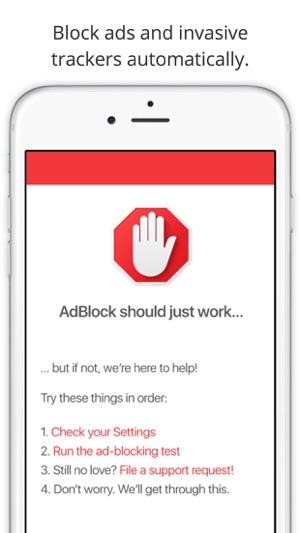 The ads that pop up on every website, can slow down the speed of both the internet and the device. This is why, a solution for users is that they can install an ad blocker on their browser, which will block most of the ads that appear on websites.

However, when it comes to news agencies who run their business from the ad revenues they receive, users should rethink this solution.

However, this app doesn’t block ads on some specific websites, to support the revenue that they need to run their website. 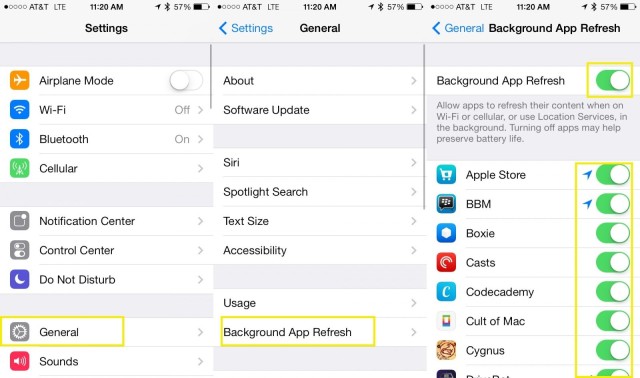 The background app refresh feature on the iPad allows the user to multitask. However, even though the Apple system supports the feature, some apps use many resources.

For example, if the Facebook app is running in the background, then the user might not be able to limit his data usage.

If users want to turn off the background app refresh for some apps on their iPad, then they have to follow some simple steps:

Background app refresh is an important tool, in case the user wants to multitask.

For example, if the user is using Twitter, but he wants to stay alert in case he receives an email or wants to send one, he can simply open the email app that is running in the background. It saves time and doesn’t hassle the user much. 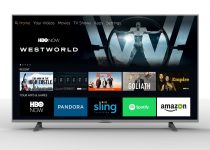 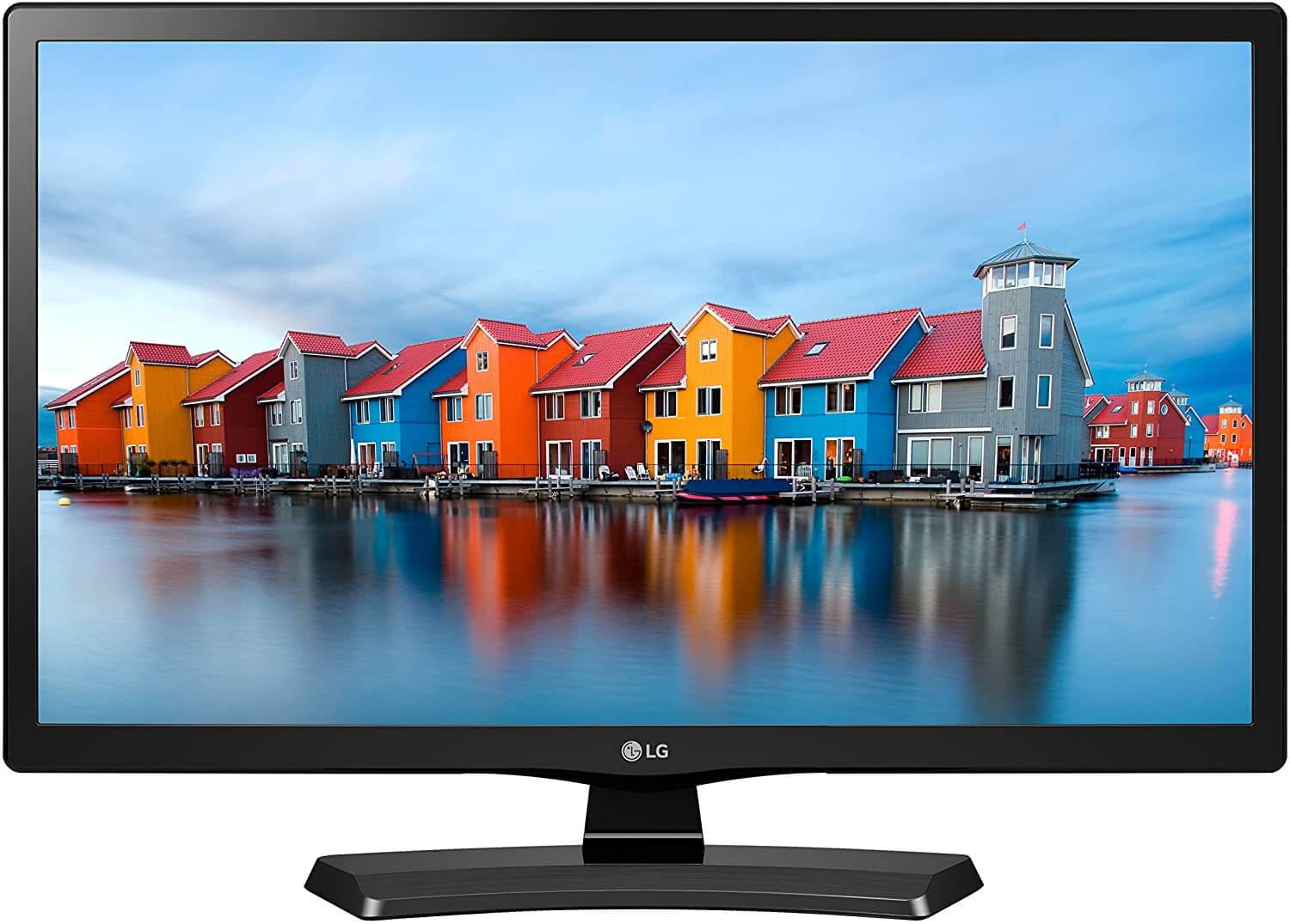