Solid-state drives, meanwhile, are much more durable and faster loading. One last step is to make sure you have proper boot order management. Let’s have to make an SSD boot drive.

As all the computer and technology freaks know that the SSD has overcome the classic HDD very brilliantly and there is no doubt about it that SSD is way much better than the HDD in terms of performance and many other aspects.

Before we get onto the actual topic about how to set an SSD as a boot drive, let’s talk about SSD and boot drive generally. 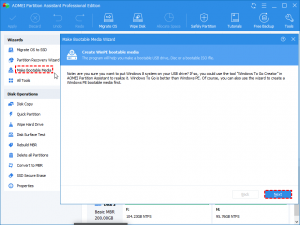 What would you pick if you had to choose between cheap and plentiful storage and fast and safe storage for your personal computer?

I guess that the answer is very obvious. Each and everybody would like to have access to fast and safe storage. That’s how HDD and SSD are being classified nowadays in this modern technology world.

An SSD functions exactly everything that an HDD does but the technology is much modified and updated as the data is stored on interconnected flash memory chips that help to retain your data even if there is no power plugged in.

These flash chips used in SSD are particularly very much fast and more reliable.

If you go back a few years only from now, you will see that all the PC buyers had very little choice to make regarding what type of storage they wanted to install in their desktop personal computer or laptop.

But now if you analyze, SSDs are taking over HDD (Hard Disk Drive) in a lot of aspects. If you have bought recently or will be buying an ultraportable now, you will have an SSD as the primary boot drive.

SSD usually has smaller volumes if you compare it with the traditional and classic HDD. AmazeInvent

All the larger and modified laptops now are increasingly moving from having an HDD (Hard Disk Drive) to an SSD. WikiPedia

And most likely what people are doing nowadays with their desktop PC is that they are installing an SSD as the boot drive and the HDD (Hard Disk Drive) as a bigger storage capacity supplement for your personal computer.

What is a Boot Device?

If your computer has no boot devices, it will never start and process unless you put in a boot device or set a new boot device for your personal computer.

Some files are necessarily required for a computer to start and only a boot device can read or contain these types of files.

A boot device is any piece of hardware, as it can be an HDD (Hard Drive Disk), SSD, floppy disk drive, CD-ROM drive, DVD drive, and a USB jump drive as well.

A few years ago, HDD (Hard Drive Disk) was used very commonly and was considered the only best drive to making it a boot drive but now, the odds have changed.

This recent new change in the storage types which is an SSD has taken over the HDD (Hard Drive Disk) and the reasons are mentioned above as I have briefly described SSD.

Now, SSD is considered as the best for booting purposes as they are relatively fast.

Installing an SSD (Solid State Drive) as a Boot Drive

Nowadays, more and more people are upgrading their storage capacity type from HDD (Hard Disk Drive) to an SSD because unlike the Hard Disk Drive, SSD doesn’t move any mechanical parts to access the data stored on it, which makes it a greater option to set an SSD as a boot drive.

Switching to an SSD as a boot device will reduce disk reading time complexity for faster read and write speed as much as teleporting speeds up long-distance travel and lighter weight.

People are loving the benefits from the combination between faster SSD and larger HDD (Hard Disk Drive), as they prefer to use SSD as a boot drive because of its fast performance, and the HDD (Hard Drive Disk) to have the high storage capacity to store all the files you want without any problem or lack of storage.

Particularly there are two problems you will face if you want to do this combination. One is, how to migrate your Windows system from HDD to SSD, and second is, how to set SSD as the boot drive.

I am going to provide you with the procedural answer to both of these questions, do read it carefully, and apply all the steps just as I explain them.

How to Migrate Windows Operating System from HDD to new SSD?

To migrate your operating system from HDD (Hard Drive Disk) to a new SSD, you will have to use a manual clone or you can do it by using a magic partition manager for help.

But if you go with the clone option to migrate your windows to SSD by yourself, then the procedure might fail if the boot drive and system drive are separated.

This will lead to a problem and to avoid this problem and move your operating system to SSD safely and successfully, I am much satisfied to use “EaseUS Partition Master”.

This EaseUS Partition Master software has a very impressive feature that can do this procedure for you easily, that feature is to call “Migrate OS to SSD / HDD”.

You can use this feature to Migrate your Windows system and boot partitions as well to the SSD without facing any problem like any failure of a startup, etc.

But before you follow the steps and start the procedure, make sure that the SSD is empty with no partitions and data inside it. If there is any kind of important data in it, transfer it anywhere, remove and clear the SSD completely.

This feature when applied; will delete and remove all existing partitions and all the data in those partitions as well.

After you are done with transferring your data, follow these steps I am going to mention below.

Keep checking and wait for the Migration process to end.

After the system migration process had completed, don’t think the work is completed.

Whatever matter you have applied for this operation to process, whether you have manually cloned Windows 10 system into SSD or you have used a third party software to migrate the OS to SSD.

To completely set the installed SSD the boot drive, follow these steps.

These are the steps you should follow to completely set your SSD as your bootable drive and migrate your Windows operating system to your new SSD.

What is an SSD boot drive?

It allows the computer to boot into the interface on which the user can run.

You can also save files to external devices, such as flash drives or external hard drives. Without a storage drive, you will not be able to save or even boot any files in the operating system.

Need to format a new SSD?

When you get a new SSD, you need to format it in most cases.

This is because SSD drives can be used on different platforms like Windows, Mac, Linux, etc. In this case, you need to format it in different file systems such as NTFS, HFS +, XT3, XT4, etc.

Why isn’t my SSD showing in the BIOS?

If the data cable is broken or the connection is incorrect, the BIOS will not detect the SSD.

Make sure your SATA cables are firmly connected to the Estaport connection.

The advantage is that you can access your online files from other devices, including desktop PCs, laptops, tablets, and smartphones. 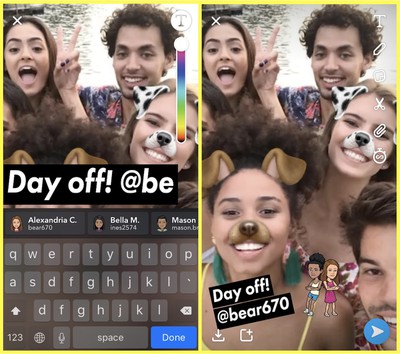 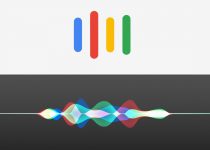