Particularly this question of how to perform a screenshot on a Mac device is one of the most obvious questions to ask.

In this article of mine, I will be providing you with some methods you can apply to take screenshots on your Mac device.

But before that, as for all the guys who are new to Mac devices, I am thinking of giving an overview of Mac itself first.

The first-ever versions had no name in the initial stage but then they happen to be known as Macintosh System Software in the year 1988.

After 9 years, with the release of Mac OS 7.6, it was called Mac OS in the year 1997, and then it was retrospectively known as Classic Mac OS.

The current version that we guys are using now is macOS Catalina, this version was released on7th of October 2019. And you guys should know that all the Intel-based Mac devices are designed with the ability to run native third-party operating systems such as Linux OS, OpenBSD, and Microsoft Windows as well.

This was only some basic knowledge about Mac, and there are a lot of things to love about these Mac devices, but the lack of Print Screen key is one to mourn about to be very honest.

Without that Print Screen key, people think it is nearly impossible to take a screenshot on MacBook air, right? Do you guys think the same?

If you guys work in a certain manner that it is a requirement that you need to take regular screenshots of your MacBook or Mac Pro, what will you do then? Well, there is no need to worry about anything like this now because I have got you covered.

Stick around this article and keep reading it to the end so I will walk you through the procedure of how to take a screenshot on a Mac computer and then work with them after capturing them.

All the Apple device users know that Apple has provided a fair number of options that let you easily save, delete, and open the screenshot for many other purposes.

There are multiple ways to get the screenshot you need, from applying some keyboard commands to some applications that are compatible with macOS. So, without any further wait, let’s start with the methods now.

Methods of Taking Screenshot on Mac

Using keyboard commands for macOS is the easiest, convenient and quickest way to take a screenshot using a mac with a windows keyboard, whether you want to capture the entire screen of your Mac device or just a little particular portion of it, there are particular keyboard commands which can be applied.

Capture the Entire Screen of your Mac Device

You will have to press 3 buttons: Command + Shift + 3 at the same time to take an instant screenshot to your desktop.

In this latest version of the operating system which is known as MacOS Catalina, a screenshot preview will appear in the corner of your Mac device screen, and this preview will provide you with quick access to some editing tools.

Capture a Particular Area of Your Screen

You will have to press 4 buttons: Command + Shift + 4 + Control keys at the same time.  This will turn your pointer into a crosshair; you will have to click and drag to select the particular area of your screen that you want to capture.

And when you will let go of the mouse button, the screenshot of that selected area will be saved to the clipboard.

Capture a Screenshot of Single Window

This procedure not only captures windows but also you can save the desktop, the menu bar, the Dock, and even an open menu by itself as well.

The image that is saved by this feature consists of the window and its shadow against a transparent background (PNG).

If you guys are using Mac operating system Mojave or any version that is released later than this, then you can load an on-screen marquee that you can move or resize according to your needs.

This on-screen marquee provides you with three tools that are used for capturing screenshots. 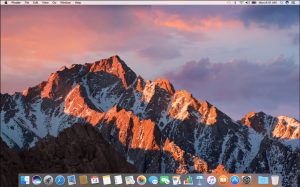 You can use these options to save your screenshot to any folder as well, such as on Desktop, Documents, or in the Clipboard as well.

Official support for you: here

Where can I find my screenshots on Mac?

The Mac OS X screenshot utility is a system that automatically saves your screenshots when you press a few keyboard shortcuts.

By default they are stored on your desktop, and using a terminal cannot change the reduction.

Can you screenshot on Mac?

Where’s the clipboard on Mac?

You can see it on the clipboard through the Finder menu in the upper toolbar.

Show the clipboard to view the previous item and select the one you copied.

How do you screenshot Netflix on Mac?

There you are going to find all your screenshots.

Why can’t I see my screenshots on Mac?