Facebook completely changed the way people used to interact with each other.

It is a place where people can buy and sell things, and instant message with each other.

However, Facebook sometimes block an account of a user, for a number of reasons. Even though in commonly used term it is called block, it is basically disabled.

In case the person’s account is disabled, then they will see a message informing them about the action. However, if they don’t have a disabled message, and can’t login, then they have a different problem to deal with.

There are a number of reasons why users are blocked or disabled from using Facebook. Some of these reasons are as follows:

Now that your account has been blocked or disbanded, what can you do?

If you think that Facebook has made a mistake in blocking your account, then you can go to this page, here and fill a form, requesting the website to review the decision.

Most of the people who had their accounts blocked by the Facebook state that, the website took action when they post their political opinions on their accounts.

Facebook faces a lot of criticism by people, who post about violent struck areas and get their posts or accounts blocked.

It can be a really bad feeling to get your Facebook account blocked, especially if you have not done anything wrong.

For most people, Facebook is a source of entertainment and a way to keep up with other people.

However, for others, Facebook is a tool of activism; it is a platform where they can raise slogans, and talk about their political opinions. Facebook activists can actually raise awareness among other people, about what they believe in, in terms of politics.

To make sure that your Facebook account doesn’t get blocked, don’t abuse people online, or be the anonymous troll.

If websites don’t take action against people who abuse others online, then such websites won’t be able to create a safe space for the users.

Read the Facebook rules, and make sure to follow them, especially when they tell you not to harass someone. 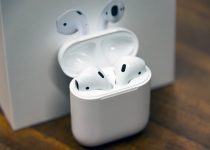