Mind you how big the big foreign movies can be, instead, we’ve put together 10 best movies on Netflix, watch any of them, and let us know. Everywhere in Persian on Netflix. Go to Netflix.

There were so many tv shows and movies to choose from, that even you would get confused for an hour!

To get that answer and the interesting stories I have seen over the years on Netflix, keep on reading. You might just find the right one for your Saturday night! 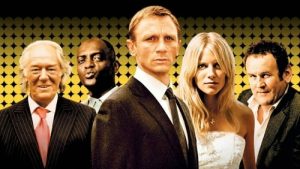 Do you want to see Daniel Craig before he became James Bond? You should see Layer Cake then. It came out in 2004, and it is a wonderful thing that it is still on Netflix.

If you like funny and violent films, then you are going to love Layer Cake. There is so much action in this film, that it will keep you on the edge of your seat, and you get to see Daniel Craig act his usual, charming self.

Not only that, but the plot of the movie is also very interesting. It follows a man, who is an integral part of a drug operation that is to take place in London.

Daniel Craig, explains that his system and routine is very important for him to be successful. If you get too greedy or impulsive, then you die during the life of crime.

The real story begins when his boss asks him to do something he hadn’t before (I am not going to tell you what!), and that leads to murder and deception.

This movie has everything that you can ask for inaction and thriller, but if you think you have found the right movie for your Saturday night, wait till you hear what I have to say about the next one! 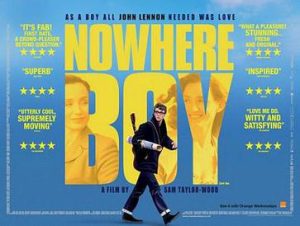 If you like John Lennon and you don’t want to watch another action movie, then watch Nowhere Boy.

This movie revolves around the song ‘Julia’, which Lennon wrote about his mother, but it is more of a song about interrupted love.

When he was young, he came under the care of Aunt Mimi, who he regarded as his mother.

This film is an emotional roller coaster and is perfect for those who want to reach out under their skin and find out the real meaning of life.

You will get to see how John sees Elvis Presley in a cinema, and how he meets George and Paul.

The emotions that he felt at the start of his life, define his music later in life. If this emotional roller coaster is not your cup of tea, then perhaps you would like a bit of Swedish family drama? 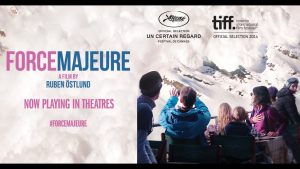 This is a Swedish movie, which shows a normal family, on a vacation. Nothing special right? Not at the start, no! You have to wait for the avalanche and the selfish attitude of the father.

While his family is at risk of getting hit by an avalanche, his only concern is to save his own life. This is what makes the movie so interesting.

What would you do if you see an avalanche coming close to you? Would you save yourself first, or your family? 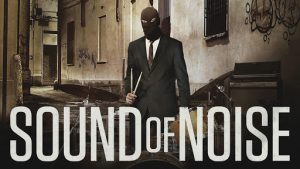 Say, your family has a background filled with talented musicians, but you are tone-deaf since birth? What would you do? Sound of noise is a Swedish, comedy movie available on Netflix, which takes the audience on a hilarious ride.

Amadeus Warnebring is a veteran police officer, who is following a musical band that has caused havoc around the city.

The band robbed a bank, and shredded all the money because they liked the voice of the shredder! What’s worse? The officer falls in love with the ringleader!

The sound in the movie is quite exciting, and you will get to experience raw humor. Now, buckle up for some psychological horror and brace yourself! 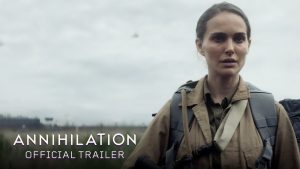 This is a psychological horror film, where you will see Natalie Portman in a very different character.

This film takes you to a dark part of the world and addresses important parts like depression and grief.

If you are into conspiracy theories, then The Shimmer, which is an anomalous zone, will keep you on edge. A U.S. Army soldier goes to the shimmer and returns with psychological problems.

His wife goes to the same place with a team, and they all lose their equipment when they fall into a short coma.

Strange things start happening to the team members, but I want you to watch it, and not give the whole plot away. Beware of all the gory stuff that you are going to watch! 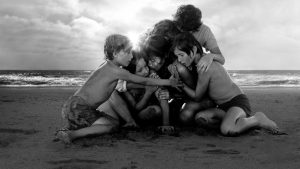 Roma might not be everyone’s cup of tea, but if you are into autobiographical movies, you have found the perfect one. It is a semi-autobiography, which focuses on Cuaron and how he was brought up in Mexico.

This epic movie is full of drama and follows the life of a housekeeper of a middle-class family.

The way Cleo (the maid) looks after the children, and helps them in different aspects of life, is what you will find heart touching.

You will also get to see riots in the city, tensions, and how that impacts the life of the family members in the movie.

The best part is the selfless devotion of the live-in maid, which not only the family members realized, but so will you. 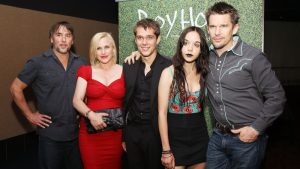 Fun fact about Boyhood? The production of the movie began in 2001 and ended in 2013! This is not because the people making the movie weren’t competitive enough, but they wanted to capture a boy growing up.

The script was written while the movie was still in production.

The movie starts with two people getting a divorce, and the mother takes her son and daughter to live with her boyfriend.

The movie revolves around Mason, the son, who has to live with his mother’s abusive boyfriend.

However, when his mother leaves her boyfriend, the movie shows his interest in girls, Mason is experimenting with marijuana and the bond he has with his parents and sibling.

This movie might seem ordinary, but it is a great cinematic experience.

When you see this movie, don’t forget to be on an emotional roller coaster, which will take you from one place to another.

You can relate to this movie; we all can. The next movie I have stored for you is even more amazing than this one! 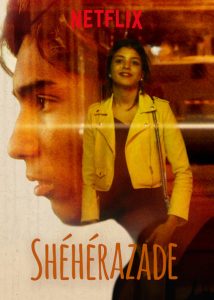 This is a French movie, which you will find very different from all the other movies. It is a love story, but it is placed in the slums of Marseille.

You will get to see a familiar scene of a boy selling drugs on the streets and girls moving around, without someone to protect them.

Zach, a boy out of juvenile detention, meets a girl called Sheherazade.

You get to see a familiar game of cat and mouse between the two, but it still captures your heart because of the raw emotions you get to see. Even though Zach pimps her to others, his feeling towards her can be seen quite clearly in the end. 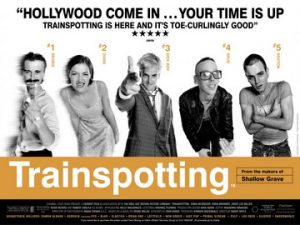 This is the perfect classic, humorous movie to watch with your friends on Netflix.

It is about Renton, a drug addict, who tries to clean up but then finds out that there is no purpose in life. He has friends who try to influence him and get him back into drugs.

It is a hilarious story because even though Renton wants a clean start, his friends don’t want to leave him. This is a light movie, with no emotional drama or psychological twist. 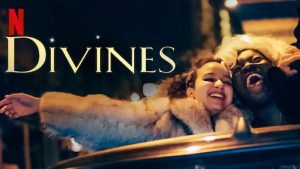 This is a fast-moving, French movie. It is about a girl named Dounia, who wants to make lots of money. She steals, she robs and helps people sell drugs.

She tries to make any way she can, but in the end, all the money she had ever collected gets burned down, along with the one friend she made, Maimouna.

Sounds sad, doesn’t it? However, when you watch the movie, you will see her ups and downs and the raw acting the girls did.

It has a stellar cast and very moving scenes, which will give you an idea about those who have money and power, and what they do with it.

The Lives of Others 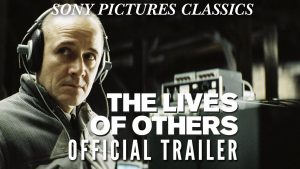 This is a war movie, but what is more interesting is that it has nothing to do with war! In 1983, an officer doubts that a playwright is a Communist Party loyal.

He is caught protecting the couple and then is sent to do menial jobs. But, the unthinkable happens then, which I will leave it to you to find out when you watch the movie. 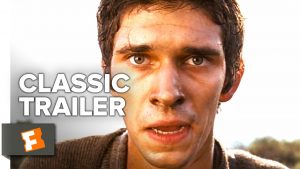 When Perfume came out years ago, it caught the attention of people because of its twisted and dark story.

It is the story of a notorious murderer, Grenouille, and we get to see his life. He was raised in an orphanage and he has an amazing sense of smell.

On an occasion, he tries to smell a girl, she finds out and he suffocates her to death by mistake.

However, his impulse to recreate her fragrance gives him a passion to focus on. He wants to create the perfect scent, and he kills many to achieve his objective.

The ending of the story might seem strange to people. However, what the movie shows is that Grenouille was consumed by the very perfume that he wanted to make for so long.

Interesting, isn’t it? Wait, till you read by next review.

On Body and Soul 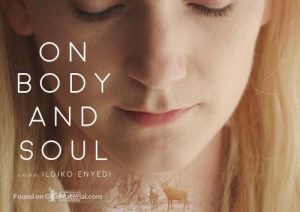 What if you had the same dreams as another person did? Sounds romantic, doesn’t it?

This movie is not only romantic, dramatic but very interesting because of its unique plot.

Two people discover that they have the same dreams when they sleep at night, and they decide to make those dreams come true. Would you like to accompany them on their journey? 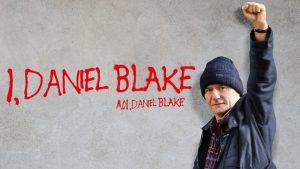 This movie is going to show you the dark and the bright face of our society.

Daniel Blake is a widowed carpenter, who can’t work because of a recent heart attack.

However, British authorities won’t give him any benefits and tell him to keep on working. In his struggle and appeal process, he develops a bond with a single mother, who is looking after her two children. 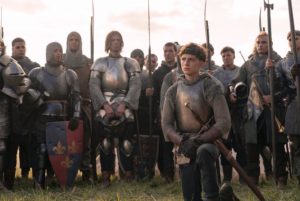 The King is a recent addition to Netflix and one you won’t be able to put down.

If you are into historical movies, then you will get to see a young King Henry V in action, as he encounters deceit, fights a war, and witnesses treachery.

Timothee Chalamet has once again shown, what an amazing talent he is. AmazeInvent

These movies are unique in their way. You will find thriller, romance, action, comedy, drama and psychological thrillers in this list. Netflix has a lot of movies, which might not be your cup of tea, but this list does give you titles that you can explore. 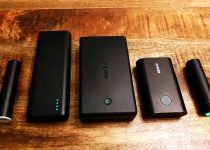