The gamers are in love with playing video games these days. People prefer to play indoors with their gaming consoles rather than going outside to the playgrounds.

How to Charge Xbox 360 Controller?

This has resulted in the launch of many gaming consoles. You can find a variety of gaming consoles in the market and can enjoy a seamless gaming experience.

Xbox 360 is one of the best choices if you want to enjoy the best gaming experience.

Millions of people around the world own Xbox 360. X box 360 comes with a variety of wireless accessories. It can be complicated to use gaming consoles if you don’t have much idea about them.

The Xbox 360 controller is a major part of the gaming console and if it is not charged properly then you might not be able to play your games efficiently.

Xbox 360 comes with numerous accessories. It includes a wireless controller which offers a reliable range of up to 30 feet. The controller is designed with battery options.

It comes with two AA batteries. You will also get a rechargeable battery pack when you purchase it.

You can purchase the rechargeable battery pack separately as it doesn’t come at the usual price of the console. It can also charge the controller by using the various recharge options. Recharging the controller is easy if you use the Play and Charge Kit.

The kit plugs into the console easily. You can also use the Quick Charge Kit, and plug it inside the wall outlet to charge your controller.

Here are some of the best ways that can help you to charge your Xbox 360 controller.

Follow the steps below charge your controller with a play and charger kit.

Read more: How to Change Xbox Controller to Player 1 PC? 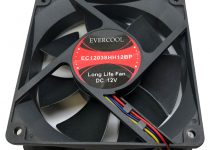