If you like post-apocalyptic games, then you are going to love Fallout New Vegas! This is a role-playing game, which is the 4th installment in the Fallout series.

The developer of these video game is Obsidian Entertainment. The background of the Fallout series takes place post-U.S. and China war and happens in 2077. It is a nuclear war, which has caused a lot of damage and destruction.

A lot of changes in the USA and all around the world. The story of this version of Fallout is related to Fallout 3. Fallout: New Vegas happens in 2281, and focuses on the New California Republic.

The plot of the Game

The main character of the game is Courier, who was supposed to deliver a package to New Vegas. However, he is shot dead by the Great Khans and is later found by Victor, a robot.

When the Courier survives, he goes back to the world, and the quest begins. The ending of the game totally depends on the actions that a gamer takes during the quests.

Features of the Game

There are so many features in this game that players will love. For example, when it comes to weapons, the player is able to modify their weapons by extending magazines, getting silencers, and much more.

The weapons are unique in this version of Fallout because they are made of different textures. They’re built in abilities can cause a lot of damage; if the player wants more weapons, then he has to complete more quests in the game. 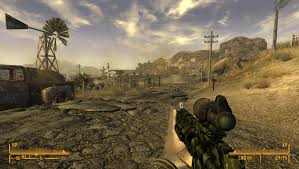 Fallout New Vegas Cheats, Guides, Codes that players can use if they want to get ahead in the game and explore every weapon in it.

These cheat codes are really helpful, and it will make the whole gaming experience more fruitful and fun.

While some cheat codes are just names, others might be hard to remember. This is why, it is better to copy and paste a cheat code from this article, as compared to memorizing them.

If someone wants to customize their character, by changing their race, hairstyle, and name, then they can use the following cheat codes:

There is a toggle free cam mode, which the player can activate by just sending the cheat code of “tfc”.

Cheat codes can be really fun if a player wants to fully experience and explore a game.

Read more: How to Block ads on Android?