When you pay for a service, you want the best out of it, right? What happens when you don’t get the same shows on Netflix, which a person living in another country is getting? This would be quite an infuriating point for you. This is where the magical VPN comes in. Virtual Private Network has been around for years, allowing people to access information that their Internet Service Provider has blocked.

Now, when you hear the word VPN, you immediately think about users who want to open adult websites. However, it is very different; VPN allows you to access news websites or content that your government has banned. This could be because they don’t want you to read something negative about your country, or other reasons.

Similarly, Netflix content is not the same in every country, but you can still access it with a VPN and without a VPN. Both these methods would be discussed in this article, in detail.

For those who travel a lot, VPN is surely an indispensable tool. It is a safe way to do internet banking and even check your email. It is also the best way to change the Netflix region when you want to access content that is not available in your region.

If you are using Netflix on your laptop, then you can easily download software that offers you different region choices. Look for software that is cheap or free, so you don’t have to pay for two services. Just install the VPN software on your PC, and then choose a region from the given choice. In your browser, open Netflix and run it; most probably you will be able to access a different region.

However, if this doesn’t work, then you can always download VPN extensions on your browsers. It will be easy to change the Netflix region from a browser because you would be running both VPN and Netflix on the same browser.

Is it possible to change the Netflix region without a VPN? Don’t consider proxies when you want to change Netflix region, because the user who have tried this option, they have been disappointed. For those who don’t want to download a VPN, the next best thing is Smart DNS.

Smart DNS is similar to VPN, as it redirects a part of your internet connection through a third-party server, in your country. However, only part of the connection goes through, sufficient enough to hide your location.

The main problem with Smart DNS is that you won’t get encryption protection. This is because, unlike a VPN, a Smart DNS doesn’t offer any security. The benefit of using Smart DNS over VPN is that, while a VPN slows down the internet connection, Smart DNS doesn’t.

In case the user doesn’t need any security, and they just want to watch channels like Netflix and Hulu, then Smart DNS is the best solution.

Some of the best VPN services that users can download include Express VPN, Surfshark, ZenMate VPN, and CyberGhost VPN. If this VPN doesn’t work, and Netflix doesn’t accept the region you have changed, then try another VPN. Netflix might resist the VPN you have downloaded, but at some point, you will find a VPN that will make everything work.

Some time ago, Netflix didn’t actually block VPNs. However, when they saw the number of people who were using a VPN to access content on Netflix, they blocked VPNs. The reason for this is the legal agreements that the company makes with the media companies. There are licensing deals that Netflix has to adhere to, and many titles don’t come under these distribution licenses.

Despite this block, the VPNs mentioned above are still good enough to give the user access to Netflix content. The user no longer has to watch the content that is available in their country only, when they can watch content from all around the world.

Netflix is not for entertainment purposes only, but for educational as well. There are so many interesting documentaries available on this platform, which deals with both nature and history. There is something for everyone on this platform, and they can access as much content as they want to. 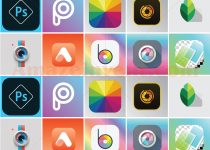 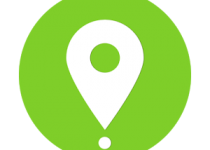