For those who watch movies and TV shows on Netflix, they should know that they don’t get the same content as other countries. The Netflix that runs in Japan would have different content compared to the Netflix that runs in India. The Indian Netflix won’t have the same shows or movies, as Japan’s Netflix. This is mainly because; Netflix strikes up agreements with media companies, about supplying their content. Some companies would be only interested in supply their content to specific markets. For example, Star Trek: Discovery doesn’t run in the US and Canada; if they want to watch this show, then they have to buy CBS All Access.

In case you are traveling, and you want to watch a show that is only available in your country, then this could be a problem. Every device has an IP address assigned to it, and these addresses are handed out keeping in mind the geographical location of a person. This is why, the content that you can watch in New York, you won’t be able to watch the same content in London.

The best thing to do is to use a VPN in this case, because not only does a VPN encrypts your IP address, changes your location but provides you with internet security as well. The device that you are using, will have the IP address of the location of your choice. If you buy the service of a VPN, then you will get access to more locations and can enjoy more content.

Virtual Private Network can really solve the problems of users. It can give access to foreign content to you. However, there are some things that users shouldn’t forget when they are using a VPN service:

Regardless, VPN is the best way to watch Netflix from other countries.

Other Countries and Netflix

You don’t need to want to watch the same content, which you were watching in your hometown on Netflix. If you visit another country, your IP address will change, and you will have access to new content. You can easily watch this content without installing a VPN service on your phone.

It might come as a surprise, but big countries like China, Crimea, North Korea, and Syria don’t have Netflix services. This is because of government restrictions, and other problems in terms of war conflicts and strict control of authorities.

Netflix no longer features content from the USA and UK only. In fact, Netflix is going to start adding more content from Asian countries like India, China, and Korea, because of the demand for their content.

Netflix and its Features

There are some really useful features of Netflix, because of which people like to use it. Firstly, when someone is watching content on Netflix, they can restart from the same point when they leave it in between. Netflix keeps a history of the shows that you have watched, and you can even add the ones that you want to watch in a list. In case you want to delete the shows you have watched, Netflix allows you to edit your viewing activity.

Netflix is very easy to use, and it has a user-friendly interface. Anyone can search content on it, and find good shows and movies. Netflix allows the user to share their account with others, like their friends and family. Depending on the package that a user has bought, they can watch Netflix on multiple devices at the same time. Netflix is a great source of entertainment, and you can easily watch it in the country of your choice. 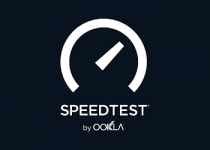 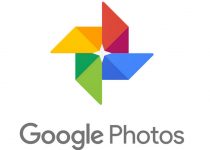 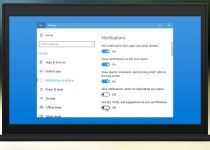