Vim is a text editor, which is built for the purpose of creating and changing text, without any difficulty and easy to install Vim Text Editor on Windows 10.

Vim is compatible with UNIX systems and Apple OS X as well. It is updated every now and then and is continuously developing as well.

How to install Vim Text Editor on Windows 10?

Follow the steps below, to make sure that the installation process of Vim Text Editor is successful:

Some of the best features of Vim are:

Most people don’t know, but Vim actually stands for Vi Improved. This is an open-source editor, which means a user can distribute it after making modifications. In case you have used Notepad, Vim would seem like a similar tool to you.

The practical function that this text editor provides is the user never has to use the mouse and take their fingers away from the keyboard. This is a very useful program for programmers because they spend a lot of time programming.

This editor was developed for UNIX, which is why it has cross-platform usability. It comes with many shortcuts and macros, which means the user, can customize it very well.

The editor is developed using script languages, and it performs the job that it is intended for. It has exceptional text-editing capabilities, which would take more time on other programs.

Developers might feel hesitant about using Vim for programming, but once they get the hang of it, they won’t feel hesitant anymore. This is one of the best text editors, and it has many powerful features.

Using Vim Text Editor is not straightforward, because it is not like any other program. The user has to learn through the official documentation provided on the program, or they can look for online tutorials.

For those who have been using Vim Text Editor on their UNIX system, they won’t feel any different while using it on Windows 10.

Vim wasn’t Vi Improved initially, but it was Vi Imitation; the reason why the name was changed, was because of the constant improvements in the program.

The best part about Vim is that the commands can be given with the help of the keyboard, and the involvement of a mouse is not necessary as well. However, there is mouse support available as well. 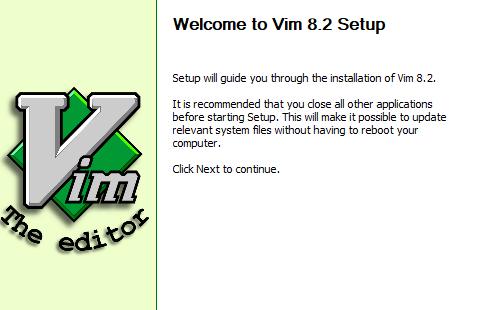 The typesetting or layout is mainly done in a word processor. When using an editor, the main concern of the user should be entering text, and not working on the appearance of the text.

The user can format text in Vim, even if it is a large section, with just two keystrokes. The user doesn’t have to use any external program and doesn’t face any problem during installing vim windows 10 command line.

Further, Vim provides the user with many possibilities in order to complete their text. For example, when the user is typing, Vim can complete the words being typed; it does so by matching the current words with similar words in the file.

Further, when the user is using Vim they can jump back to previous parts of a text they were editing; this is similar to what users are used to in internet browsers. The user doesn’t have to worry about navigation, and can fully focus on editing.

Commands are also automatically executed when the user is reading or writing a file. In the Vim info section, the user can store command line history and recall their old search patterns like macros. The graphical user interface of the program allows the user to put their own menus.

Vim for Windows PowerShell with info 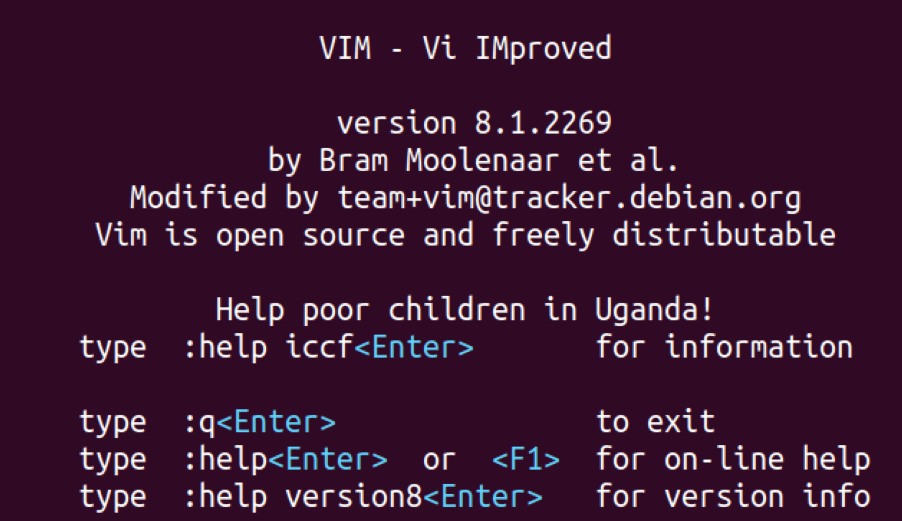 Users can get more information about Vim, and even discuss the program on the most popular forums.

Difference between UNIX Platform and Windows

There is a difference between UNIX Platform and Windows when Vim is run on both.

The user should remember the small difference between the two file names so that they don’t get confused.

Thus, anyone who needs a text editor that has the feature Vim Text Editor has can easily install the program from its website on Windows 10. For those who have never worked with it before, they should definitely look for a tutorial, and those who have it on Linux, won’t face any problem using it on Windows 10.

Vim is available on Windows 10, and the user can download the setup very easily from the official website. It is an efficient code editor, which is by default present for Mac and Linux users.

The user has to search for the Vim official website, which they can easily find, and then install the program from there.

What is the process of getting Vim?

To get Vim, the user has to first open the terminal application and then update the package database by typing in a command.

The user should look for vim packages that they can run on their operating systems like Linux and Windows 10.

Is Vim good to learn?

Even though the functionality and purpose of a program is unknown in the future, but learning Vim does have its benefits.

It is an ergonomic text editor, where you don’t have to use any mouse, and can do everything with the help of a keyboard. Even the keystrokes that the user uses are very less.

One of the reasons why Vim is popular is because it is fast. There are combos available for every action, saving the time of a user that he spends on editing text. Further, the software is open-source, which means anyone can modify and distribute it.