Who doesn’t like or remember Disney movies from their childhood? Everyone does! If you have children in your house, or you really like to watch Disney movies and shows, then a Disney Plus subscription is the best thing for you.

This way, if children are watching, then they won’t strain their eyes. There are different ways to get Disney Plus on TV.

How To Stream Disney Plus On TV?

In case you have Roku TV, and you want to play Disney Plus on it, then it is very easy to do so. When you open the home screen of Roku TV, scroll through apps, and you will see the option of Add Channel. After scrolling through the options suggested, you will see Disney Plus; just select it. Then press on “Add Channel”, and add it to the list of channels on the home screen of Roku TV.

If you have Sony, LG, and Philips Smart TV, then you can easily set up Disney Plus on it. On the home screen of these TVs, access Google Play Store or Sony Select, or LG Content Store.

In the search box, look up for Disney Plus, and then select the app when it appears on the screen. Install the app, and then sign in using your credentials.

Users would face problems signing up on Panasonic TV with their Disney Plus app, This is because Panasonic doesn’t support Disney Plus yet, but it does support other popular video streaming apps and websites.

If you want to run Disney Plus on your Chromecast built-in Smart TV, then it is very possible to do so. You might want to implement this method, in case the Smart TV doesn’t have Disney Plus.

There are many Smart TVs, which come with Chromecast, and the user can cast their content on TV, without even plugging in the Chromecast device.

To make this happen, just follow the steps below:

How To Change Language On Disney Plus?

Not everyone wants to watch TV shows and movies in English or the default language set for Disney Plus. They might want to change their language; one, which is more understandable for them.

There are 4 languages that Disney Plus offers the user. These four languages include American English, British English, Dutch, Spanish, and French. Even though the languages are limited right now, when the app expands to other countries like Japan, then they would surely add more languages.

So, how can you change the language in Disney Plus?

The best part about Disney Plus is that users can watch their favorite content with subtitles. They can stream content in about 16 languages, while the original Disney Plus content is available in 4 languages. However, users shouldn’t be disappointed over this face, because as soon as the service starts to expand in other countries, the language choices will increase as well.

Disney Plus Movies and Shows

For those who think that Disney Plus would only offer them childish content, because of the name, then they are wrong. There are many classics available on Disney Plus, like High School Musical, and there are originals available as well, like Star War Series The Mandalorian.

So, login and watch your favorite TV shows and movies in different languages. 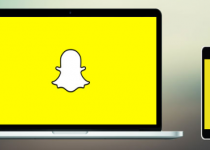