If you like to play video games and share the gaming experience with other players, then you know what Twitch is. And how to stream on Twitch?

It has more than 15 million active users and is one of the best streaming platforms in the world. However, Twitch has become much more than that, as it is now a social setting for professional streamers and game enthusiasts.

Twitch is the perfect choice for video game fans, who play video games on PlayStation, Xbox, and even Nintendo. Most of the streams on Twitch are from these platforms; there are no genre restrictions, and players have freedom of choice.

Technical Requirements to Stream on Twitch

There are technical requirements that users need to look out for when they are streaming on Twitch:

When a user broadcasts something on Twitch, then that consumes many additional system resources. The computer power should be sufficient for such an action, and Twitch recommends that the user has an Intel Core i5-4670 or more than that.

The operating system should have 8 GVs of RAM so that the PC games can be streamed smoothly. if you don’t have a Windows 7, then Twitch won’t run successfully.

The second system requirement is a Webcam. It is not necessary, however, for users to make themselves visible. They can record their game, without recording their face.

On the other hand, a Twitch channel would become more successful, if a physical person is playing a game. When the audience sees the player, then they can connect with the content more.

The third requirement is a microphone. Every player would like to set up music as their background for Twitch content, and they can even include their own audio commentary.

If you think that the level you are playing currently is hard for everyone else, then you can tell them how to play it, step by step through audio.

If you have different gaming consoles, then you would need to know how to set up Twitch on each of them.

You can’t stream Twitch on any platform, unless and until you create an account.

Compared to  Xbox or PS4, streaming on PC and Mac is a bit tricky. This is because, most OS doesn’t come with built-in software, which can get the user started on Twitch. However, to stream Twitch on Windows or Mac OS, the user should download Open Broadcaster Software or OBS.

The software is free, and you can use it on both operating systems. However, if you don’t want this option, as it requires you to understand the setup, then the next best choice would be Twitch Studio App. The Twitch Studio App will work for Windows, but not for Mac OS.

If you want to stream Twitch on PS4, then follow the steps below:

If you have an Xbox One, then you can use Xbox Kinect as a face cam. Kinect is compatible with Twitch; however, it is best to connect a microphone, because Kinect doesn’t have a reliable one. Just follow the steps below:

Twitch is very easy to stream on multiple gaming consoles. This app is very useful for gamers, who not only want to play games with other players but also want to show them how a game is played.

Read more: How To Gameshare On Steam? [ Play Together ] 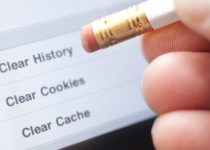