Do you use the dell company? Wanna take a screenshot on a dell keyboard? As someone who always wants to share TV shows and movie moments, taking a screenshot is very important. The main character smiles or says a quote, and I would definitely want to share the screenshot with others.

There are so many people out there, who want to take screenshots not just of movies and television shows, but of political talk shows, debates, documentaries, and much more.

They always add a caption of their own perception and opinion about what two people are talking about, and that is the best to start a debate on social media.

We need screenshots to share it with our friends on WhatsApp, and other messaging services like Facebook Messenger. Screenshots don’t have a small role, and they become a great conversation starter for some people.

Most Dell computers have Windows 7 or more installed, and the best thing for the user to do is to press the print screen when they want to capture the screen. However, that usually captures the whole screen, and the user has to crop the unwanted parts.

If the user wants to capture only the active part of the screen, then they have to press the Alt + Print Screen keys together, and then paste wherever they want to.

If the user is using Windows 10 on a Dell computer, or any version above 8.1, then they can capture the screen more easily.

An alternative for Print Screen

If you don’t want to press the print screen button, then there is another method that you can use.

If you are using a tablet that doesn’t have a keyboard, you can still capture the screen with ease.

Users don’t have to install anything extra, all they have to do is look for this tool by typing in the name in the Search section. The search option is available at the Start menu, and it is easy to use the tool.

When the user wants to capture a particular area of the screen, they just have to draw a free-form shape around that area. The user can also specify the window that they want to capture, by simply clicking on it, or going for the full-screen capture.

When they are done capturing the screen, they can use a highlighter to make notes on that image or even draw attention to certain parts of the image.

This is something that people mostly see in political posts. There is also an erase tool available, which allows the user to erase certain notes that have been added by mistake.

The screenshot then saves automatically in the images folder in the PNG, GIF, and JPEG formats. They can also be copied to the system clipboard so that they can be used anywhere the user wants to paste them.

Taking screenshots on Dell computers using a keyboard is very easy because there are many shortcuts available for the user. These shortcuts are very easy to use and remember, and users will find them beneficial when they are trying to share something with others.

Read more: How To Import Vcard 2.1 to iCloud? 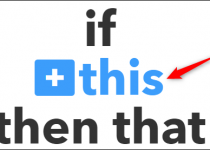