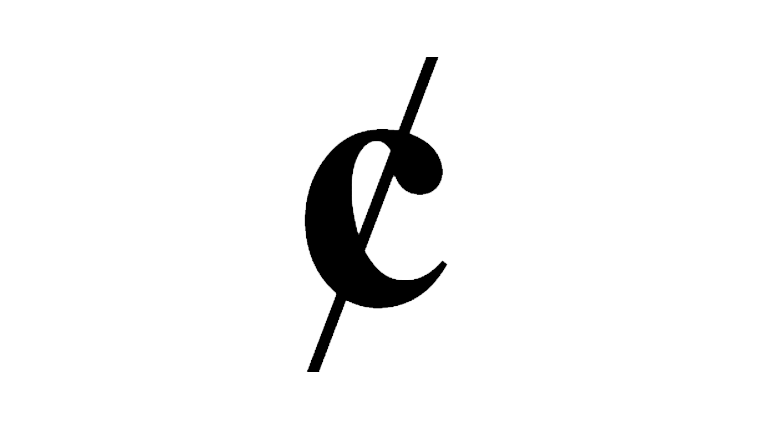 The cent sign is mostly used by Americans, who have cents in their currency. However, while most people use PC or Mac on a daily basis, they don’t know how to make the cent symbol on either of the platforms.

It is not necessary that the way the cent symbol is made in Mac, the same method will apply on PC as well.

How to Type the Cent Symbol on PC, Mac?

If you want to make a cent sign on your PC, then press and hold the ALT key and then type the numbers “0162”. This will then turn into a cent symbol like ¢.

If you don’t want to use this method, then open an HTML document, and type in Unicode;

You will get the cent symbol here that you want to use.

In Mac, you need to use a font that supports the cent symbol, otherwise the method above won’t work.

However, if you don’t want to use this method, then you can access the special characters menu in Mac OS X.

Apart from the cent symbol, people can learn so many other shortcuts that would make everyday browsing easier.

For example, if you want to copy and paste something from one place to another, then you can use shortcuts instead of looking at the options every time.

These shortcuts can be further stretched to other areas of your PC. For example, if you have a VLC media player, then you can set hotkeys for each action.

There is a preference menu in the VLC media player, where you can set up hotkeys for taking screenshots, changing the sharpness of the video, and much more.

There are other special characters on the keyboard as well, and all you need to know is how to make them.

Read more: What Does INB4 Mean? You Need To Know