The Blue Yeti is a popular USB microphone that can be used for a variety of purposes, including streaming, podcasting, and gaming. While the Yeti is primarily designed for use with PCs, it can also be used with the Xbox One.

Here’s how to get started:

One thing to keep in mind is that the Yeti will only work with games that support audio input from USB microphones. So if you’re having trouble getting the Yeti to work with a particular game, it’s likely that the game doesn’t support USB microphones. However, there are a few workarounds that may allow you to use the Yeti with unsupported games. For example, you can try connecting the Yeti to your PC and using software like Voicemeeter Banana to route the audio input from your PC to your Xbox One.

With a little bit of effort, you can use the Blue Yeti as your Xbox One microphone and enjoy better audio quality for all your gaming needs.

Are those uncomfortable and the mic doesn’t work well and not able to use Blue Yeti on Xbox One and PS5?

What is Blue Yeti?

Blue Yeti is a microphone, using which you can make recordings with your computer. The manufacturers of Blue Yeti have used tri-capsule technology, which produces studio-quality recordings.

There are four different settings, which provide the user with great flexibility.

They can record music, Twitch streaming, YouTube videos, and anything they want!

Consider a Cryptozoic lecture; it will require you to use multiple microphones. However, when you use Blue Yeti, you just need one microphone, because it gives you a studio-quality recording.

There are four pattern modes in the Blue Yeti.

This type of mode is perfect for Twitch streaming and music recording.

You can use this mode to do voice-overs as well.

In this mode, the user can use the left and right channels, to capture a wider sound image.

This mode picks sound quality from all around the microphone and is best if you want to give an impression of being in the place.

These records from the front and the rear of the microphone. If you are taking someone’s interview, then use this mode as it will positively impact the sound quality.

Blue Yeti comes with knobs, which lets you secure the microphone in place. The microphone is a great sound source and optimizes the sound quality as you have never heard before.

It is a portable microphone, as you can easily fold it and remove it from the base. If you want to mount the microphone, then you can do so on a mic stand or even a Radius II shockmount.

When you start recording using this microphone, make sure that you put it on the same side, near your mouth, as the Blue logo.

Using Blue Yeti for Xbox One 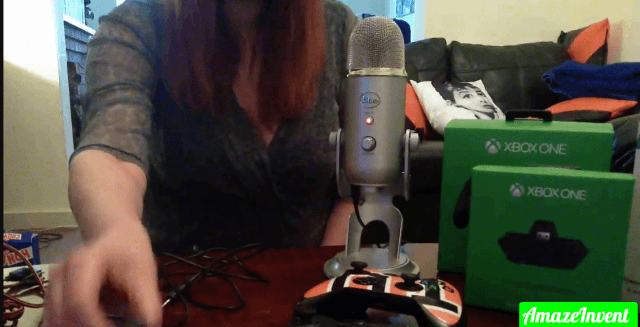 This high-quality microphone can give people an immersive experience, especially when they are playing games.

There are so many international gaming teams, that use Blue gaming microphones because it gives them a professional audio performance.

Connecting Blue Yeti on Xbox One 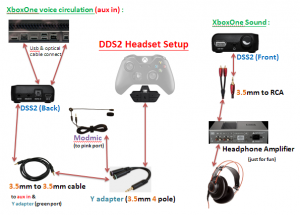 To connect the Blue Yeti with Xbox One, make sure you have a headset adapter for Xbox One.

In the second pin of the flat audio cable, you can plug in your headphones. Both devices are now connected.

In case the Blue Yeti doesn’t work with the Xbox One controller, then you need to see if a driver is missing. However, most users didn’t find any problem connecting the two devices with the help of a USB and a cable.

When you record a podcast or a YouTube video using Blue Yeti, then you should follow the steps given below:

Yeti’s headphones, which connect with the microphone, are easy-to-use blue yeti on Xbox one without an adapter. Users can control the volume of the headphone very easily, by turning the volume knob.

This way, you will be able to keep the Yeti in one place it won’t experience any ambient vibration or shock. Most users buy a Radius III shock mount with Yeti because it isolates the microphone from noise. 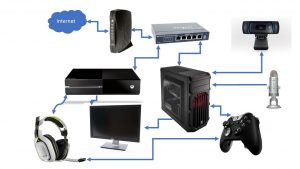 If you think you don’t need Blue Yeti, think again! Yeti headphones and microphones are pretty helpful for gamers. They provide them with the immersive gaming experience that everyone wants.

Nowadays, most video games consist of more than one player. When players play with each other, they also communicate and give each other directions. With the help of Blue Yeti, players can make that experience and communication, more realistic. 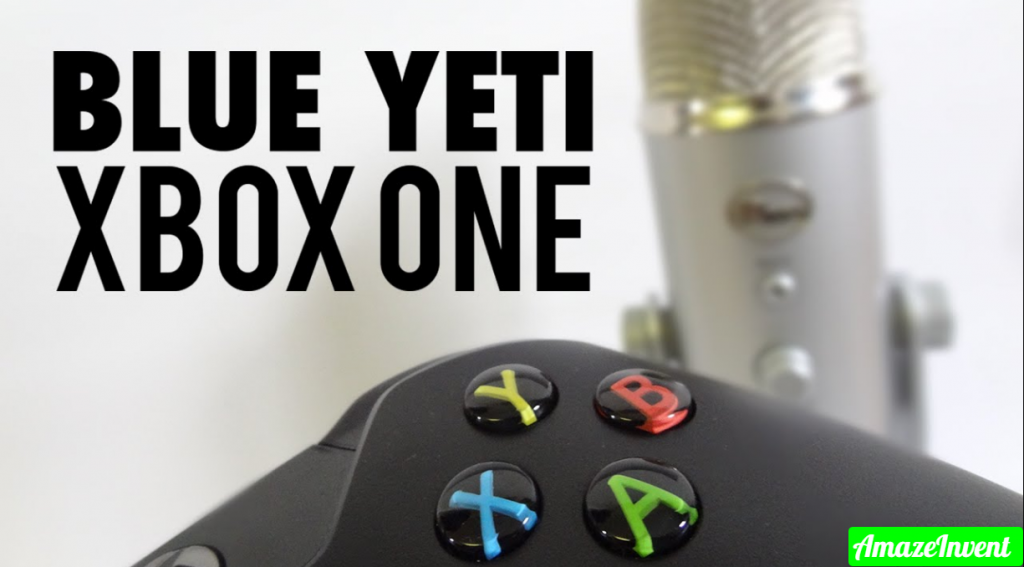 Once you will buy Blue Yeti, your whole gaming experience is most likely to change. So, make things easier for yourself and try something new and unique.

How to use Blue Yeti on Xbox One without adapter?

Unfortunately, the Blue Yeti is not compatible with the Xbox One. You will need to purchase an adapter in order to use it with the console.

How to set up Blue Yeti on Xbox One?

There are a few ways that you can set up your Blue Yeti on Xbox One. You can either use the Xbox’s built-in audio mixer to control the levels of your microphone and game audio, or you can use third-party software to manage your audio settings.

Here are a few methods that you can try:

How does voice sound on Xbox One online using Blue Yeti?

The Blue Yeti is a popular USB microphone that is used for online gaming, voice over, and podcasting. It has 4 different pattern settings: cardioid, bidirectional, omnidirectional, and stereo.

For gaming or voice over work, the cardioid setting is recommended because it picks up sound from the front of the mic and rejects sound from the back. This is ideal for eliminating noise from your computer or other environmental distractions in your room.

For podcasting, the bidirectional setting may be a better option because it can capture sound from both sides of the mic. The omnidirectional setting can be used for general recording purposes, while the stereo setting will create a more wider soundstage.