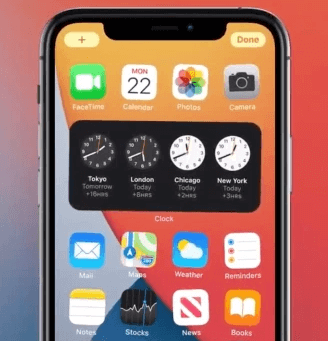 If you are out here looking to get iOS 14 to run on your phone, I have good news for you. Apple has finally released the new software, and if your phone is compatible then you will be able to download it.

This new software includes with it the introduction of home screen widgets so that you can further customize your phone’s main display and also the long-awaited App Library, App Clips, and many more of other features as well.

Get Apple’s iOS 14 on Your Phone

There is also a new list view and also new features for sorting applications based on their usage and more.

iOS 1 also offers support for picture in picture, it works very similarly to the iPad experience.

For now, Siri has a new interface that does not overtake the entire screen.

The public beta has been available for some of the time, but on September 16, the company released the final software which means that you should be able to download it now.

Just note this thing down that not all of the iPhones will be able to download the new iOS 14, anything which is older than iPhone 6S will not be getting the full version of iOS 14, if your iPhone is compatible, then just follow the step by step guide on how to update your device to iOS 14.

Before getting iOS 14, backup your iPhone

As most of the time, I am going to recommend you to back up your phone before you update the software.

Here is the easy thing, it is just a case of downloading the software and your iPhone will automatically do the rest.

Yet not, then it may be the case that you are already running the software and you will know that as it will tell you the version of the software you are running on this page.

Read more: How to Block ads on Android?