For those who don’t know what ‘host’ is, it is a feature available on Twitch for all users.

This feature gives the broadcasters on Twitch the chance to hold other channel’s live broadcast on their own channel page, without changing their chat, and allowing the viewers to see the content that you want them to see.

The other channel’s users would be able to interact with you in the chat room, and even they can host your channel.

Hosting can help Twitch users grow. If a user can get their peers to auto host, then that will pay off. A user can see about 10% growth in just a few minutes if 10 peers auto host one channel.

How to host someone on Twitch while offline?

Host mode is very well known all around the world, especially when users are about to go offline.

How to host a Twitch stream on mobile?

If you want to hold a Twitch stream on mobile, then that is very easy to do so. There is a Mobile Host Mode option on Twitch, and you simply have to enable it, by tapping on the gear icon.

The auto hosting process will not begin, unless and until the manually hosted channel goes offline.

How to raid someone on Twitch?

For those who don’t know what raids are, this is a feature that directs viewers to another live channel, when one stream ends.

Some might think that the host mode is not of importance, but it can actually hold a community together when a user is absent. The user would be able to share their favorite content with the audience and can watch their favorite broadcast on their own channel, with friends.

To host a channel, the user simply has to input, type/host channel, and within a 30 minutes duration, they can host 3 channels.

If the user wants to turn off the host, then they can input type/un host.

There are several pros and cons of hosting on Twitch.

Even when a user is offline, they can use the Host mode to provide other users with content. This way, they will get more people to come to their Twitch channel and follow what they are watching.

The user can give the audience an insight into what you watch on Twitch; this will help them get to know you and your interests better. When you host other channels, then it gives you a chance to earn a profit, like free promotion, and prime real estate in one of the streams.

Lastly, Twitch host mode isn’t suitable for those, who don’t have close friends on Twitch. Don’t host a stranger’s Twitch stream, because that can get you in trouble.

Read more: How to Change Steam Name? [ PC and Mac]

Official forum or blog has already written on, so, for more help you can get more ideas: here 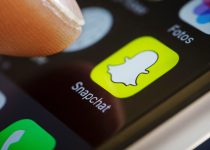