For example, the display may be a 1440p unit with an update rate of 144Hz, which will allow you to enjoy smooth gameplay in resolution over full HD.

When choosing a gaming resolution or a resolution for watching movies, there are two things that every individual should look for.

Making a purchasing decision for a monitor is never easy, which is why it is best to research the full specifications, pros, and cons of a resolution and monitor.

Response time is the time that a monitor takes to move from the gray-to-gray area, which is calculated and tested by the manufacturers. The best response time that individuals should look for, is five ms or even lower than that.

This will prevent ghosting, as a monitor with a high response time can lead to it. Even though it sounds simple to get a low response time monitor, but individuals will find that the price tag of such a monitor is the highest.

If the GPU can regenerate an image to 120Hz, then that means 120 times per second an image displayed on the screen, is regenerated.

120Hz provides a really good viewing experience for the audience, because the image doesn’t stutter, and there is no screen tear. 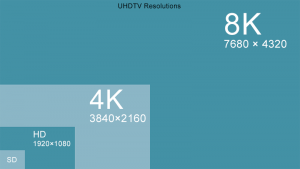 There are multiple video resolutions, which can be suited for both video games and movies: 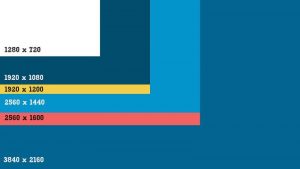 1080p is the entry-level resolution and is a good option for both gamers and movie audiences if they are on a tight budget. The main reason for playing a game at 1080p is its low resolution.

A lower resolution results in lower performance requirements, and it makes it easier to achieve high frame rates. Such a resolution also results in a higher refresh rate, at 240Hz.

When gamers have tough competition from other gamers, then they prefer to play on 24-inch monitors, so that they can see everything that is happening in the game.

They don’t have to move their head, which is why a 1080p would be an ideal choice for gaming

When a gamer, for example, is playing Fortnite in 1440p, then they will experience a high refresh rate, along with better graphics. For this, the gamer needs to have a high-end PC, like a 27-inch monitor. The gamer can sit 2-3 ft away from the monitor, and will be able to see every detail of the game.

Every gamer wants to focus on the details of a game, which is why they need better resolution. However, the main problem with getting a better resolution is that it might slow down the performance of the monitor.

The 4K resolution is 2160p, and it is very expensive. However, as advanced technology like 8K is being introduced for people, 4K is becoming very affordable.

This gives gamers a very high resolution, but it slows down the refresh rate. This means that even though you will be able to see minute details of the game, it won’t be as quick as the 1080 and 1440 resolutions.

If someone buys a 4K for their gaming passion, then they will be limited to 60 frames per second and that is pretty low. While using 4K, a gamer will feel a change in the performance of their system.

There are budget video cars, which still run on 1440p, and they can’t be played on 4K. The video cards for 4K are expensive, and not everyone can afford them. Even though 4K offers the gamer quality images, it is not worth losing the performance of the system. 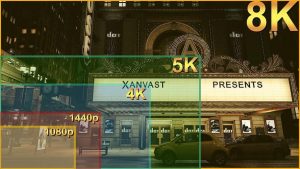 If someone plays a movie in 1080p, then such type of resolution delivers a very crisp image.

As compared to a 720p HD, the 1080p provides a more detailed image, mainly because of its high pixel density. The visible pixel structure decreases, and the audience can see a clear image, even if they are sitting at a close distance.

Users can play 1080p quality movies on Bu-ray players, PlayStation 3, and Xbox 360. Moreover, users can also stream HDTV content, with the help of this resolution.

However, if someone wants to view 1440p resolution videos, then that would give them a crisper image and better visuals. The most important thing to remember here is that the resolution of a video would impact internet speed.

If someone doesn’t have a quick running internet, then they won’t be able to view a 1440p resolution; it will buffer a lot and the video will become irritating.

Most people prefer to watch movies in 1440p resolution because they don’t have to get a big monitor. In comparing 4K with 1440p, 1440p has an advantage.

To receive the benefits of a 4K resolution, a person has to upgrade their television or monitor. This is because, 4K has a lot of pixels, and a small monitor won’t be able to accommodate those pixels.

If someone can afford large monitors, then they should go for 4K, otherwise, they should stick to 1440p.

Some people like to watch movies by reading subtitles, which appear at the bottom of the screen.

In a 1440p monitor, the audience can read text easily, as compared to 1080p and 4K. Even though in 1080p, the text does become readable, but people have to squint when it comes to 4K.

4K is a new medium, and not every application is optimized for it. If someone wants to watch a movie in 4K, then they have to optimize their devices for it as well.

When people have to edit movies or photos, and their workspace is large, then they can use a 4K resolution. Otherwise, for practical users, 1440p is better.

Comparison between 4K and 1080p

You must be wondering as to why the above paragraphs don’t go much in detail, about 1080p picture quality for movies. The thing is that 4K is much better than 1080p if you don’t want to get 1440p.

When you get 4K video quality, you will notice the intricate details on the screen, which you won’t get to see in 1080p. This is because, the number of pixels in 4K is higher, and it is the advantage that 4K has over 1080p.

For example, if you see feathers on your screen, you will be able to see the exact details of the feather in 4K resolution. If you watch it in 1080p, then you will notice the feather blurring, and giving a very odd look on the screen.

If you are using a 4K monitor for video viewing, then you can sit close and still see a picture. In 1080p, when you get close to the screen, you will notice how an image deteriorates in front of you and doesn’t make much sense.

Even though you can see the 4K screen from a faraway distance, the experience that sitting close to the screen brings is very different indeed.

A 1440p video will provide you with a memorable experience, and you can easily see every detail of a movie.

4K is gaining popularity, and shortly, it is going to become accessible and cheaper for people.

There is no winner in the three resolutions because their choice simply depends on what the user is willing to pay for.

If someone wants 1080p, like a gamer, then they would get a balance between performance and quality.

Moreover, using 1080p gives them more reach into eSports titles. They can also achieve 60FPS, which is not possible in the case of 1440p.

However, if gamers want to buy 1440p, then they might want a good image quality and the processor of their PC can keep up.

A 1440p would help them reach 144+ FPS, and they won’t have to reduce their color settings. They will get to achieve 60 FPS, which is not possible in the case of 4K.

Even though fewer gamers and movie audiences would opt for 4K, but if they do, then there are three reasons behind it.

They don’t mind reducing color settings and want to play at 60 FPS. Secondly, they have a PC and its setup can keep up with the graphical demands of 4K.

4K gives people the best image quality, and that too, on a large screen. In case they are watching TV, they have should get 50 inches one, and for PC, 27 inches would be enough. 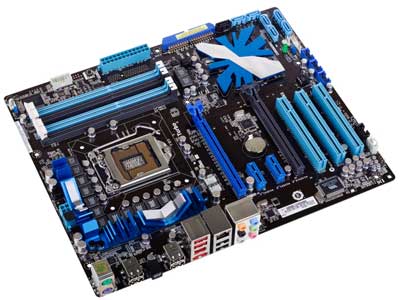