SoundCloud is an online audio distribution platform that offers you to stream for most independent and unsigned artists. Those artists can upload their originally-created music and also they can promote them.

The most important thing for SoundCloud is to showcase new and fresh talents all over the world through its platform.

If you are looking for some similar sites like SoundCloud, then here are the best SoundCloud Alternatives that you might want to use. 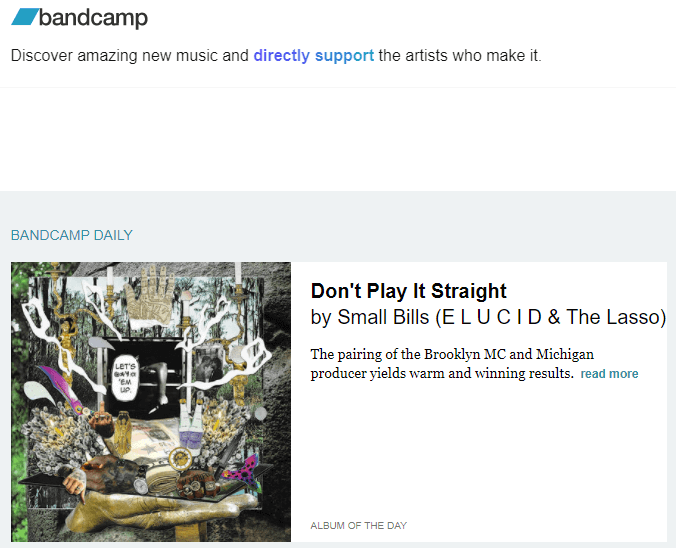 If you have never used it before, then Bandcamp is a truly excellent service. It was one of the first websites for a truly democratize music distribution, by offering any of the artists who signed up a streaming platform and digital storefront which they could manage themselves.

This was truly a revolutionary thing at that time, (and in a way it still is). It provides you with some really nifty features such as the ability to make the download codes to hand out or to send to people, offer discounts or free downloads, and also website integration. This is a great service, in fact, the download page of this website is to run using Bandcamp and it has been for years.

Recently they have built more social networking and music discovery features into the platform with the ability to set up fan accounts, you can follow people, comment, make wishlists and browse the wide collection of music available.

However, there is a problem (at least in the context of this article) and it is that they take copyright quite seriously. So if you upload an unauthorized remix or mashup and someone complains about it then there will be consequences. This is not the place for DJ mixes for the same reason. If you make original music tracks though, then this is the best choice for you. 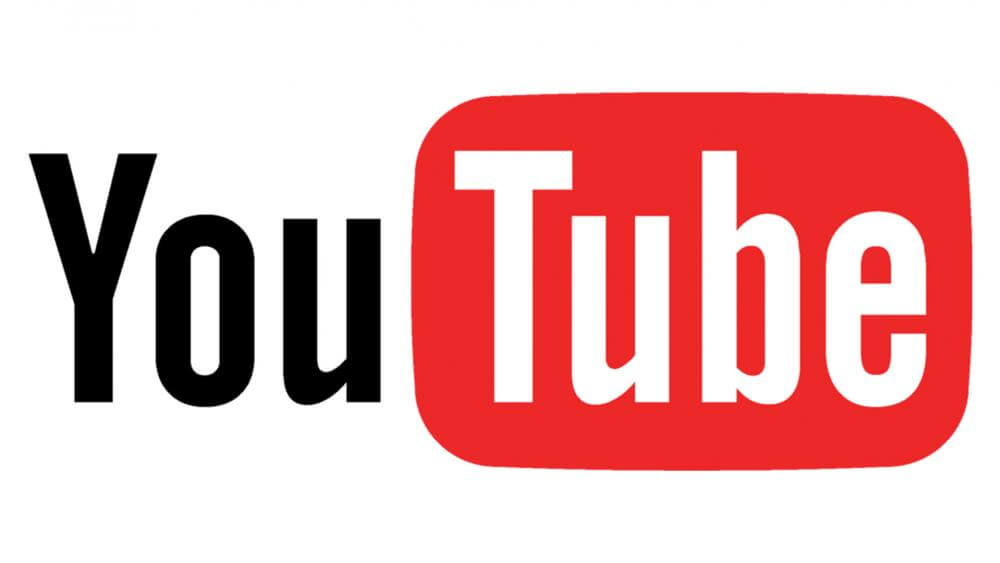 YouTube has some of the advantages of taking Soundcloud’s crown. First of all, it has way more music on it than even SoundCloud itself does.

It is actually hard to find a piece of mainstream music that is not on there in some form or another. The new tracks can be easily uploaded and promoted and its videos will work great everywhere.

Obviously adding a video is also a chance to create a much more immersive experience. You can just pop a download link available in the description and you have got all that you need from a music promotion service.

Well, no quiet though, firstly remixes, as well as DJ mixes, can be content blocked, just like on Soundcloud so it does not really sidestep the current SoundCloud issues (especially like Soundcloud, they actually scan the content for potential breach).

Youtube has come down to a strong on repeat offenders recently and losing your account would be a real pity. The community also is not solely music orientated and there are a lot of trolls around, so a request for feedback from a new producer could instantly turn nasty. Something which I do not think I have seen happen on Soundcloud.

I cannot really think of posting a WIP track up there for the same reason, even Youtube users especially searching for the new music are looking for underground, but it is not finished. But like everything else on the internet, this could always change with its use.

House-mixes is an interesting website. It has a lot of content and an active community, yet most people do not know about this or they have never heard of it. As its name implies, the focus is on DJ mixes, not just House ones, every main electronic genre has a decent representation here.

You can also host your tracks here too, and amazingly, they actually have sections for the Mashups as well as for Remixes. By looking through their T&Cs, they do not seem to individually ask for permission to upload things there.

They do reserve the right to remove the content but for most of the part, they seem chilled out. Mixes and also tracks can be set to download and the player is also decent.

It has the standard such as like, comment, share options (even though these seem to be fairly underused as compared to Soundcloud) so there are no glaring oversights. 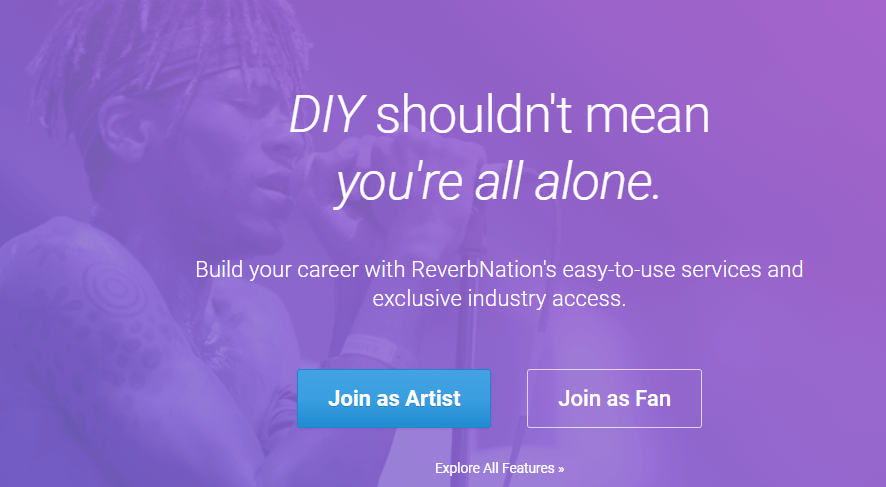 Reverbnation is basically a social network for the musicians and music opportunity or distribution platform. It is not really aimed at the fans per se but there is really no reason why it should not be.

It has good streaming and social networking tools and totals your popularity from different sites to create artist charts based on genre and location.

They make it quite clear that you have to have the right to what you upload so I would imagine they would take a pretty dim view of you by putting your bootlegs or unlicensed mashups on there (even though I do not know what sort of action they’d take about it).

If you make the original tracks, then it is a great place to put your music onto. In fact, even if you have no music which would be suitable to stream, the tools which they provide are really helpful for the producers and the musicians of any level, so it is worth making an account. 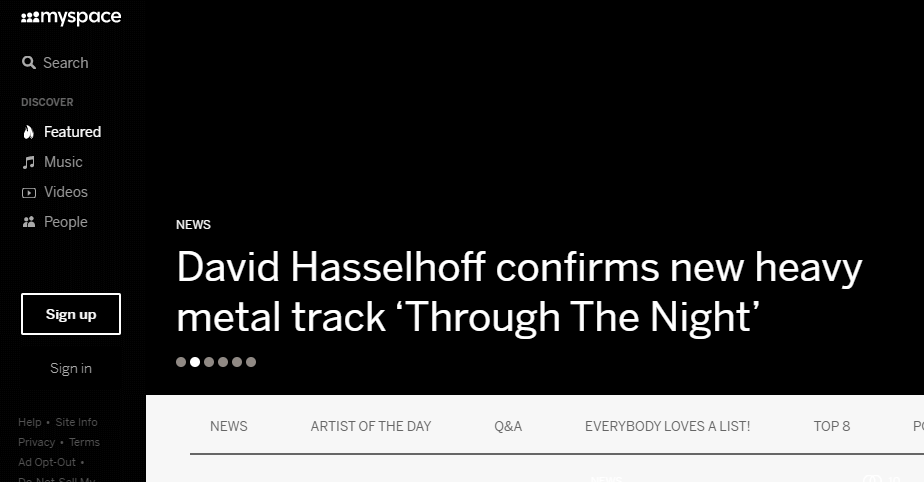 Do not adjust your sets, this is not 2003. Myspace was once used to be THE place for any band, DJ, or producer to host their presence on the web. Facebook kind of killed it as a social network but, actually, this has led them to go back to focusing on the music again.

Many artists are going back and actively using it. The music player is decent and easy enough to get the files on. There are no download options though and they make it quite clear that you should own the rights to whatever you upload on it, so remix at your own risk.

Facebook is quite an irritating one. It is pretty much important to have a Facebook page to promote your music and you can post the tracks from mostly anywhere there. It is all good but when it comes to actually host the music, it has changed its music player so many times that we have lost the count.

Even on the page app or widget support keeps on changing, for example, the Bandcamp app has now become unsupported so if I were to uninstall it, then I will lose it forever.

Facebook video is your best bet, in fact, it is one of the most common ways for sharing WIPs is by uploading a video to share with the groups, etc.

Soundclick is an old website, really old to be exact (1997 according to the copyright notice). The look and feel of it have not changed much from that period of time. It was one of the first places to try to be on the social network for the musicians.

It provides a fair and solid music player and the upload system (which includes the option to sell the tracks or give them as free downloads) and there is a fair potential to use your profile page like an old school myspace-style blog.

You can also upload the cover version to the website but the remixes will need written permission from the original artists (and if you have that you can quite frankly upload it anywhere you want to).

It is not bad, and it surely gets the job done but I think it would need an overhaul if it wants the people to assemble back there.

By visiting Hearthis, it will offer the Soundcloud users a very similar and familiar experience. They have the same, comment, repost system for the tracks, and an active community as well – although it does not have as much traffic as Soundcloud.

The site is also easy on the eyes, with a more contemporary look than Soundcloud. It has great metadata features and all the tracks are assigned to a secret download link which you can use to send the promos to DJs etc.

You do not have to set up a separate private track such as Soundcloud and it also has some other cool features which include wordpress integration, app setup, and Landr integration.

The upload limit is a bit unusual, which lets you upload as much as you want until you hit 10,000 plays or 5000 downloads at that point it will then stop you but its paid packages are much expensive, so you can get is paid packages to avail this feature as well.

The only main Soundcloud feature which is missing is the ability to have groups (and the default nonpremium streaming format is also low quality).

Besides this, all of it is good so far, but the issue is; by running the site in the same way as Soundcloud risks the same pitfalls. It is an excellent and great site overall. And I hope it helps you out.

Logan is basically unique, rather than trying to just be a music discovery platform, it also hosts the artwork as well as the literature, and it is trying to become a one-stop-shop for all the creative media.

There are some rewards to this, the social options such as sharing, liking, and bookmarking are common to the various media types, and the broad scope which may attract the users which may not be interested in any of the other websites on here(apart from Facebook and YouTube).

It has a bit of a nice minimalist design to it and you can also leave the music playing while you can browse some of the art and literature, which does not bother you to switch to a new tab.

It was only set up this year so consequently, the community is a bit small but it is relatively active so it will be interesting to see where it goes. On one hand, it could represent a new way of combining various media, while on the other hand, it could also lack the focus to be taken away seriously by any of the experienced producers, writers, or artists.

You may be noticed here that a certain theme here which is basically, despite white labels; mashups, and bootlegs, being a massive part of the evolution of electronic music. It is really difficult to find a home for them on the internet.

You can upload them to a smaller streaming website but if they gain popularity it is then a matter of time before they get a DMCA request slapped on them and they get taken down.

Most of the websites do not fight this, even if the level of sampling could be considered as fair use. So what the people seem to be doing is more often they split the music hosting and the social side between 2 different services.

There are many other places to host your music with little or no discovery features at all. Zippyshare is a classic and it has a built in streaming player and also downloads options as well but any filesharing service would do the thing. Then you can share your link wherever you want to.

It is unlikely that Facebook, Twitter, or your average production forum would care about the fact that your mashup is a legal grey area as they have no responsibility for hosting the files.

Just like that, most of the record companies do not have the resources and the will to systematically screen these websites (or the hosts) for the violation, unlike youtube or SoundCloud which use automated detection to pick this up.

So, optimistically your link will remain valid, and it if does not, you can always put it somewhere else and share that link instead.

10 Best Grocery Shopping Websites to Use in 2022