A document might hold some very important information, but what is that information without a good font? Top 3 Best Fonts for Document Microsoft

If the font isn’t good, then the presentation of the document won’t be good as well.

There are many fonts that you will find in Microsoft Word, which are easy and simple to read, look professional, and you can use them in documents.

Whenever you get an assignment or have to type a professional document, the first font that you consider is the Times New Roman font. This font first appeared in a daily newspaper and then became very popular among printers.

In fact, if someone is researching an academic journal, then the font they will use is Times New Roman.

Origin about the name

Times New Roman’s name can be dated back to 1929, which is where it gets its name. It was used for the first time in a British newspaper called the Times of London. In 1929, the newspaper hired a typographer, who created this new font. The typographer was Stanley Morison.

Whether you are writing an official report, or completing an assignment, use Times New Roman.

The font would remain the same throughout a document, but the user can change the size of the font. For example, most people use size 16 for headings, size 14 for subheadings, and size 12 for the body.

Another good font that people can use in their documents is Calibri. Calibri is a good font when you are writing a resume because it also has a very professional look. It is a solid and readable font.

However, if you compare both font types, then the real winner would be Times New Roman, because it is aesthetically pleasing, and doesn’t look outdated.

Even though the above-mentioned fonts are really good, the real use of font depends on the nature of the document. For example, if someone wants to write a poem, they won’t be using a professional-looking font.

They might go for Arial Rounded MT Bold because it would highlight the lines of the poem better with the best font for legal documents.

Similarly, if someone is making a poster in Microsoft Word or any other document software, then they would choose something fancy and eyecatching.

For such a document, Algerian could be a good font, as it is fancy and bold. It would really highlight the kind of event or cause the poster is promoting.

There are so many fonts suitable for documents, but the best one is Times New Roman.

Even though it was created in the early 1900s, it is still the most widely used font and is very readable as well. The best part of using fonts on Microsoft Word is that you can play with them until you find the right one. 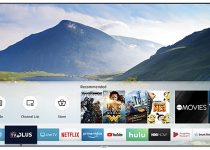