If you want to play retro games or any other game that you do not have the machine or device for it, then you must be knowing about emulators. It is not a bad idea to use an emulator at some times. But if you are a streamer, then you may come up with a question can you use an emulator on Twitch?

The usage of emulators differs among many communities for so many reasons.

First of all, we must know what is an emulator. Well, it is hardware or software that allows the programs that are for one program to be run on another program or computer.

In other words, emulators can allow you to play the games from one system on another system.

There are quite many reasons for which you may need the use of Emulator. Such as if you want to play a retro game on another system. Or you may be wanting to play a game that is excluded from another console.

There are many various types of emulators, but we can divide them into two main types; Hardware and Software.

The Hardware Emulators copy the original system hardware. So that you may be buying an imitation of something else.

The Software Emulators are for the PCs and cheaper emulation machines use. Instead of reverse engineering hardware and trying to make it work, some of the programmers prefer to go to the software side.

There are many emulators for retro devices and Android devices as well. Nintendo Switch also has one that is Yuzu, but the performance is still not so consistent.

Can we Stream an Emulator on Twitch?

Yes, they are allowed on twitch. But also keep in mind that cheating by using an emulator is an offense on Twitch and you may be banned on Twitch. For instance, if you use an Android emulator to play a multiplayer mobile game on your PC is cheating.

If you want to use an emulator for any other reason, such as playing offline games, then there are no rules against them on Twitch.

Can you play Pirated Games on Twitch?

It is better to use emulators to play the games that you own.

This also includes the games that you own on the original hardware or you paid for those games. Because Twitch has a zero-tolerance policy for piracy, so you better try to avoid it. 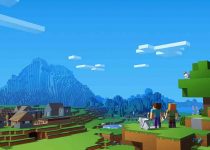